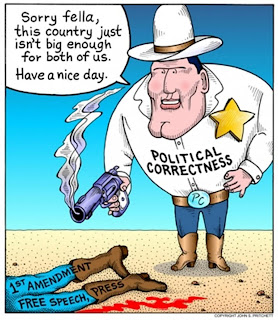 When I take timeout I have to climb a mountain of emails on my return. It takes a while to catch up and to respond. But on this occasion there was one that quickly caught my attention and spurred my intellect.

Sent by a friend (thanks, Nobby!) who shares my general political outlook, it was a link to a YouTube video, a documentary about the Frankfurt School of Critical Theory and the evolution of political correctness, with particular regard to the United States.

In The World Crisis, his book about the causes and course of the First World War, Winston Churchill, in a particularly memorable simile, wrote that the Germans transported Lenin in a sealed truck like a plague bacillus from Switzerland to Russia. Well, cultural Marxism and political correctness, its most toxic cell, were similarly transported like a plague bacillus from Germany to the United States.

Interested? I bet you are! I’ll make things a little bit clearer further on but first a word or two about the context, the medium, if you like, carrying the message. The presenter is William S. Lind, the former Director of the Centre for Cultural Conservatism, which doubtless means that some will dismiss the thesis without further consideration. That’s a pity, really, for there is real meat here, a thread into the labyrinth of the present American malaise.

The argument itself is simple enough: that Marxism in its classic form was a failure because the working class did not perform the walk-on part allotted to it in a turgid drama that went by the name of Historical Materialism. But the play did not die. Instead it was rewritten as a cultural critique of Western society and civilization as a whole.

The Institute for Social Research was set up in Frankfurt-am-Main in Germany in 1924. Here a new hybrid was created as if on the island of Doctor Moreau, a melding of Marx and Freud. The basic theme here was that everyone was repressed by capitalism, politically and sexually, if only they knew it, if only they weren’t so beset by ‘false consciousness.’ With the ascent of the Nazis, a particularly virulent form of false consciousness, the School relocated in America, where its ideas were to have the greatest impact of all.

The documentary did not really tell me anything that I did not already know, either about cultural Marxism, the Frankfurt School or the corrosive effects of political correctness in general. In reviewing Anthony Browne’s The Retreat of Reason, which examines the creature in a British context, I wrote;

The documentary therefore did not come as a revelation but it helped put things into a slightly sharper perspective, particularly in an American setting, where PC is overwhelming FC – factual correctness -, where, supported by a repressive totalitarian mindset, it has advanced to the point where liberty and free speech, those core American values, are in real danger.

The Frankfurters were quick to make an impact in the States, especially after the publication of Theodor Adorno’s book The Authoritarian Personality. In this fascism was freed from a specific set of historical and political causes. Instead it found a new home in the human psyche, in the psyche of the American people at large, who, according to Adorno, possess many of the traits associated with fascism. In other words, the supporters of traditional American culture and values are psychologically unbalanced, prone to the worst forms of sexual repression and authoritarianism.

So here, in short, we have what was to become the ideology of the counter-culture. Here we have, paradoxically, a new orthodoxy taking shape, which allowed all those who took a contrary view to be dismissed as ‘fascists’, people in need of analysis or ‘sensitivity training.’ Herbert Marcuse, who was to be the most influential of all the Frankfurters, added to the mix in Eros and Civilization, which condemned all established sexual norms, calling instead for ‘polymorphic perversity.’

While the old-fashioned working class, too wedded to the material benefits of capitalism, had been abandoned, a new carrier of Utopia was alighted on in the 1960s - the Politically Correct Coalition, a variety of fashionable causes and movements, which stormed campuses across America, in the process creating a new narrative, a new hegemony, one which continues to dominate contemporary discussion.

Know it or not, the carriers of the counter-culture, are under the direct influence of the Frankfurters, particularly Marcuse, not just in embracing ‘polymorphic perversity’ but in cudgelling any view different from their own. Free American society, Marcuse argued, was actually a deception. Instead he argued for something he termed ‘liberating tolerance’, another paradox, for the tolerance only extends to the politically acceptable.