Socialism with a Pizza Face 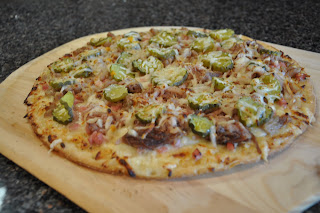 When it comes to sardonic humour the Cubans lack for nothing; they even make a joke about lacking for everything else. “What are the three triumphs of the Revolution? the question goes, “Education, health care and sports.” So far, so Castro. But then comes the sting –“And what are the failures of the Revolution?” “Breakfast, lunch and dinner.”

‘Let them eat parades’, the nepotistic Castro dynasty might offer in spurious consolation. The Cubans were certainly doing that recently, celebrating the fiftieth anniversary of the revolution’s greatest ‘triumph’, the victory over the CIA-sponsored landing at the Bay of Pigs in April, 1961. But as man, even revolutionary man, shall not live by marches alone, the Communist Party met soon after, the first national congress in fourteen years, to review the country’s woes. There is really only one item on the agenda: the appalling state of the Cuban economy and the need for ‘reform.’

With Big Brother Fidel safely parked in death’s antechamber, Little Brother Raul has been introducing a kind of creeping capitalism. But as always in this socialist paradise in the sun it’s a case of one step forward, one step back. “The time we have left is short and the work we have is gigantic”, Raul announced recently.

Indeed, the work they have is gigantic. But the orthodoxy still holds fast that the state should, by the lights of Marxism, occupy the ‘commanding heights’ of the economy; that is to say, the state is running the ‘commanding heights’ of the economy into the ground. Economic liberalisation and free enterprises here advances by the slowest and most cautious steps. Raul laboured gigantically and brought forth…pizzas.

Yes, that’s it, capitalism in Cuba has a pizza face, something, I suppose, that might go part of the way towards addressing the three failures of the Revolution – let’s all have pizza for breakfast, lunch and dinner, assuming, of course, that they are not too outrageously expense in a country where a doctor earns no more the equivalent of twenty US dollars a month. The problem is that the doctor might blow the lot in a single night in one of Havana’s privately owned restaurants, ordering, say, pizzas.

It’s the total lack of imagination that strikes one most about Cuba and its ruling gerontocracy. There is Raul with enough wit to understand that something is wrong and too little energy to do anything about it, other than to allow free enterprise on the margins, a nation to be buoyed up by pizza bakers and plumbers, too little energy to escape from the stupid lie of socialism.

It’s amazing to think that a country as fertile as Cuba now has to import some 80% of the food consumed, which presumably includes pizza-making ingredients. The place is not being kept alive by Raul’s laughable experiments in economic liberalisation but by subsidies in oil from Chavezland. The pizza illusion is likely to be preserved for a little longer as this Wonderland slips into the final stages of ideological Alzheimer’s.
Posted by Anastasia F-B at 15:46