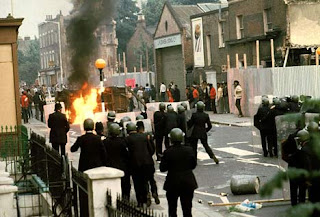 Riots have become rather the fashion in London. In the wake of the recent anarchist fiesta I expect the police are more than a little worried about the peaceful prospects of the coming royal wedding. It gets even more worrying; for in our capital public disorder is not just practiced, it’s celebrated.

In Lambeth last week an event was held to mark the thirtieth anniversary of the 1981 Brixton riots, helpfully renamed the ‘Brixton Uprising’ by local councillors. The invited guests included the Jamaican ‘poet’ Linton Kwesi Johnson, who numbers Ingland Is A Bich among his greatest works. The spelling and the use of the upper case, incidentally, is all his.

This delightful event comes after the BBC held its own inimitable celebration. Radio Four broadcasts a show called Reunion, in which people who took part in some past event are brought together to reminisce. Last month it was the turn of those who were involved in the ‘Brixton Uprising’, a one-sided collection of deadbeats and do-worsers would be more difficult to imagine, best represented by that mouth Darcus Howe, a ‘thinker’ and all round professional Black Man. This broadcast was recently described as ‘naively one-sided’ by the Daily Mail, in uncharacteristically restrained language. To hell with restraint: stupid, ignorant and biased serve much better.

No ordinary people were invited, black or white. None of the people caught up in the violence were invited to describe the fear that they felt in the midst of the thuggery, sorry, the ‘Brixton Uprising.’ Writing in the Telegraph, Charles Moore reminds us that ‘Red’ Ted Knight, another of the participants, said in the aftermath of the riots that “We want to break the Metropolitan Police”, a view clearly shared by Captain Anarchy, one of the sponsors of the more recent London ‘uprising.'

He goes on to detail the other things the show failed to mention - that it was the first time in England that Molotov Cocktails were used, the first time that fire engines and ambulances were attacked by mobs. Most important of all, no mention was made of the fact that riot started when the police, condemned afterwards for 'institutional racism', stopped to help a black man who had been stabbed. 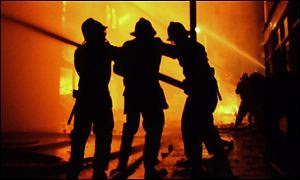 No, none of this was raised, even by the tame policeman among the guests. Instead Howe was allowed to witter on about Margaret Thatcher, the great Satan, explaining that she was “getting into Falklands mode”, rather odd when one considers that the riots came a year before the Argentine invasion of the islands.

Furthermore, according to Howe and Knight, the fact that so many additional policemen were sent to assist their beleaguered comrades in Brixton was all part of a ‘cunning plan’ by Thatcher to break the will of those opposed to government ‘cuts’. The simple fact is that, as Moore rightly says, the police were woefully unprepared for these events.

The legend still persists, perpetrated by the likes of Red Ted and Black Darcus, that Thatcher’s was a ministry that severely reduced public sector expenditure when the reverse is true. The riots provided yet another occasion for throwing more money at an alleged problem, this time racism and ‘exclusion’ in the inner cities, all coming in the wake of that old dotard Lord Scarman’s ‘findings.’

On top of one evil came another - the great lie of ‘multi-culturalism’, that nation within a nation approach, the adverse consequences of which politicians across Europe are now becoming aware of. England, sorry, Ingland, was betrayed in those days by people pandering to thugs, looters, drug-dealers and idiots; Ingland is betrayed still.
Posted by Anastasia F-B at 16:10