In the name of the books 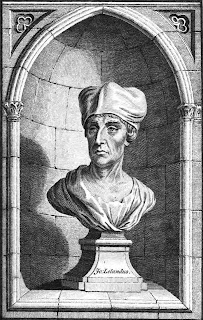 I hugely enjoyed Umberto Eco’s The Name of the Rose, a medieval mystery set around a hidden monastic library, a treasure house of knowledge; but it was not knowledge accessible to everyone, not even to Brother William of Baskerville (no need to guess the inspiration for that particular name!), the novel’s oh so rational Franciscan sleuth. It was him I thought of in reading recently about John Leland, a real-life bibliophile who saved so much that might otherwise have been lost.

We are used to libraries as public institutions. This is a relatively modern development, though. For hundreds of years books – aside from a few in private hands – were kept in religious institutions, not always readily accessible to other clerics let alone members of the wider community.

John Leland, who was born in London in the early years of the sixteenth century, came at just the right time, a crucial turning point in England’s history just before the Dissolution of the Monasteries by Henry VIII, when so many libraries were destroyed, their contents lost. Originally a protégé of Cardinal Wolsey, he was given the task by Thomas Cromwell of touring England’s monastic libraries, with the aim of obtaining documentary evidence that would support the king in his desire to have his marriage to Catherine of Aragon annulled.

So, off he went, this book hunter, on a journey that took him to places as far away as Tynemouth Priory in the north-east to Glastonbury Abbey in the south-west. Some of the monks were welcoming, others less so, though none were in a position to deny the king’s commission, or to object when Leland ‘borrowed’ some of their collection.

Just as Brother William was gripped by a childlike sense of wonder when he finally penetrated the maze-library of the Italian monastery so, too, was Leland at Glastonbury;

I immediately went to the library, which is not open to all, in order to examine most diligently the relics of sacred antiquity, of which there is so great a number that is not easily paralleled anywhere else in Britain. Scarcely had I crossed the threshold when the mere sight of the ancient books struck my mind with an awe or amazement of some kind, and for that reason I stopped in my tracks for a while. Then, having saluted the genius loci, I spent some days searching through the bookshelves with the greatest curiosity.

His recording and borrowing, which allowed some priceless manuscripts to pass into posterity, came not a moment too soon. Henry’s quarrel with Rome descended ever deeper into acrimony and bitterness. In 1536 an act was passed allowing for the dissolution of many of the country’s religious houses. The business was handed to men like Richard Layton, who carried out the task with all the subtlety of the Vandals descending on Rome. Even a radical Protestant like John Bale, a friend of Leland’s, was moved to condemn the actions of men who used the leaves of irreplaceable manuscripts as lavatory paper or to clean their boots.

With the disappearance of the monasteries ancient libraries disappeared also. In the end there was nothing left, an act of greed, short-sightedness and stupidity than comes close to breaking the heart of all those who love books and revere the past. As I type I feel –what do I feel? – a sense of sorrow and anger, as if the great library of Alexandria had been wilfully destroyed for a second time, on this occasion in my own land. The fact that this happened over half a millennium ago seems to make no difference.

Thanks to Leland something emerged phoenix-like from the ashes – De Viris Illustribus, an invaluable bibliography, a record of what was and what remained. A huge enterprise, he set out to describe every writer and every book he had come across in his travels. James P Carley, editing a new edition of this work, quite rightly says that it is a unique witness to pre-Dissolution England. Or loss was great but without Leland our loss would have been greater still.
Posted by Anastasia F-B at 15:26