China in Night and Fog 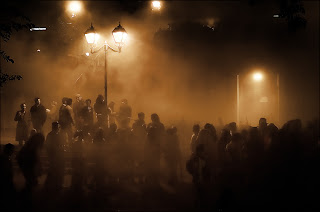 In December 1941 Hitler issued one of his most sinister directives. Even the name still carries frightful overtones: Nacht und Nebel – Night and Fog. This allowed for the complete disappearance of anyone in Nazi-occupied territory judged to be a danger to the regime. Relatives would be given no information at all, not even if the people they were inquiring about were alive or not. There was no official record whatsoever, no trial and no appeal. It was as if some malevolent god had suddenly plucked random individuals out of existence, gone for ever into the night and the fog.

Night and fog has come to China. Earlier this month Ai Weiwei, a prominent artist and political dissident, was detained at Beijing airport. Nothing has been heard of him since. His family don’t even know if he is receiving the drugs he needs for a heart condition.

“According to the relevant law, the search results will not be shown”, is the message displayed to users of China’s micro-blogging sites, trying to learn something of his fate. Attempting to get over this Chinese Wall of Silence, bloggers started to use an invented name, Ai Weilai, as a forum for discussion. In retaliation all foreign websites petitioning for Ai’s release have been knocked out. So, if you are Chinese and living in China the chances are you will never read this.

The night and the fog have not just embraced Ai. The latest crackdown has seen others ‘disappeared’, so far more than a hundred bloggers, lawyers and activists for villagers’ rights. On Easter Sunday Christians in Beijing, people who refuse to recognise the officially-sanctioned state church, were rounded up and bussed off after they gathered to attend their own service, this in the face of a constitutional right to freedom of worship. Public places have been occupied by police and thugs in plain clothes, ready to descend on people ‘strolling’ as a veiled form of protest. Yes, one can be beaten up for taking a group walk, yet another face of modern China.

Through history Chinese governments have been notorious for their inscrutability, but the Communists have perfected the practice. Relative liberalisation at one moment can quickly be replaced by repression at the next, with no obvious explanation for the change of direction. The suggestion is that the so-called Jasmine Revolution in the Arab world, brought on in part by internet networking, has resulted in heightened sensitivity, a reasonable conjecture, though impossible to prove with any certainty. The authorities were never that liberal when it came to communication on the internet, a form of free expression they would really rather do without.

Information is power, so to be without information is to be powerlessness. Ignorance is Strength, is the Orwellian motto that governs official thinking in Beijing. Almost anything can trigger a new wave of repression, not just calls for greater freedom. If Japan’s tsunami had hit China instead I can guarantee that only a fraction of the news would have been reported, and almost certainly nothing about stricken nuclear plants. Ai’s first big run-in with the state, after all, came not over his brilliantly unconventional art, or his politics, but his attempt to account for all of the schoolchildren killed in the 2008 Sichuan earthquake. There are uncomfortable questions here, you see, over the exact relationship between the authorities and companies who erected buildings not fit for purpose let alone natural disasters.

Night and fog is a measure of the political paranoia which grips China, the fear that besets the government, the fear of the state of its own people. The Communist Party here is no more than an organised conspiracy against the population. Secure in their forbidden cities, and their hidden villas, the apparatchiks look across the nation in a mood of fearfulness, seeing conspiracy around every corner, dissension in every tweet, a threat in every artist. 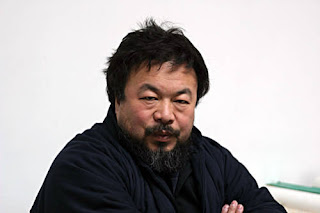