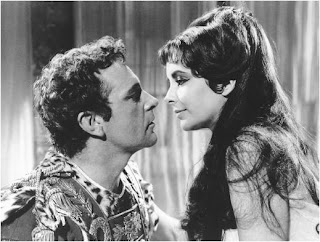 Truman Capote was a writer of unique genius, one who could cover so many genres, fiction and non-fiction, the creator of some brilliant literary cameos. I’ve loved his work ever since I read Breakfast at Tiffany’s, which introduced me to Holly Golightly, a free spirit, the one figure in literature that I identify more with than any other, the delightful, effervescent, wonderful Holly, always travelling and never arriving.

A few years ago I saw Capote, an excellent biopic of the author, played with commendable skill by Philip Seymour Hoffman. It follows in Capote’s steps as he, with the aid of Nell Harper Lee, his childhood friend and fellow writer, researches the 1959 murder of the Clutter family in Holcomb, Kansas, a quest that would end in the publication of In Cold Blood, in so many ways the definitive non-fiction novel, disturbing and horribly compelling at one and the same time.

The recent death of the veteran actress Elizabeth Taylor brought to mind another aspect of Capote’s work – the detailed and memorable little pen-portraits he painted of some of the celebrities he knew, not the kind of superficial tittle-tattle one usually associates with this kind of thing, but revealing, affectionate and intimate. There are several in my A Capote Reader, an anthology which covers various aspects of his work, short stories, novellas, reportage and travel writing as well as his portraits.

My favourite of his pen sketches by far is A Beautiful Child, an account of the day he spent with Marilyn Monroe, but Elizabeth Taylor, published in 1974, is almost as good, not just for the sympathetic way he depicts her but for the obvious empathy between the writer and the actress, which, in so few words, enables him to get well below the surface.

My rereading was well-rewarded. He describes how he once visited her in hospital, where she was recovering from a bout of life-threatening illness. In response to a question of his she replies that she wasn’t afraid, that she was too busy fighting, that she was not ready, as she put it, to “go over that horizon”, not being the type. She clearly had a ‘type’ in mind, as Capote immediately deduced;

“Perhaps not; not like Marilyn Monroe and Judy Garland, both of whom had yearned to go over the horizon, some darker rainbow, and before succeeding, had attempted that voyage innumerable times. And yet there was some kind of common thread between these three, Taylor, Monroe, Garland – I knew the last two fairly well and yes, there was something. An emotional extremism, a dangerously greater need to be loved than to love, a hotheaded willingness of an incompetent gambler to throw good money after bad.”

When it came to life and relationships Taylor was certainly a gambler, evidenced by her turbulent relationship with Richard Burton, another movie veteran, a relationship itself with enough drama for a movie; a relationship that, in some ways, did make a movie in the screen version of Edward Albee’s play Who’s Afraid of Virginia Woolf?, where they played opposite one another in the lead rolls. They were the most celebrated off-screen lovers, as Capote says, since Edward VIII and Wallis Simpson.

The essay concludes several years after this hospital visit. Taylor is in New York with Burton, where he is appearing in a play. After one performance Capote joins them in their hotel suite, where he shares in a late-evening buffet. When Burton leaves the room to fetch some more champagne Taylor describes their relationship:

Oh, we quarrel. But at least he’s worth quarrelling with. He’s really brilliant. He’s read everything and I can talk to him – there’s nothing I can’t talk to him about…But the most important thing is what happens between a man and a woman who love each other. Or any two people who can love each other.

Capote writes, as Taylor draws the curtains against the rain, she looked at him sightlessly, like Galatea surveying some ultimate horizon. “What do you suppose will become of us?,” she asked, but the answer came already supplied – “I guess, when you find what you’ve always wanted, that’s not where the beginning begins, that’s when the end starts.”

I felt sad the first time I read this, even sadder the second. I hope not to find what I’ve always wanted for some time yet, though I can’t help but envy the actress. I think also of the brilliance of past celebrity, the brilliance of Taylor and Burton, both now over that ultimate horizon, compared with the mediocrity of the present.
Posted by Anastasia F-B at 15:15