The Man who would be King 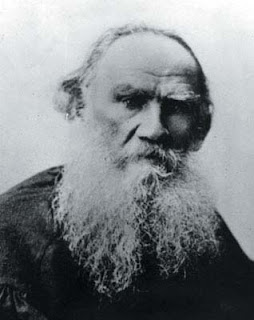 I also love the writing of Lev Tolstoy…most of his writing. I read his essay on Shakespeare, published in 1903, not so much criticism as demolition. It irritated all hell out of me, not simply because he seemed to completely miss the point but because – I must confess- I thought it presumptuous for a Russian, a foreigner, to attack a poet who wrote in a language that was not his own.

I assume Tolstoy read English, though I have no information on the point. But no matter how good he was I doubt if he understood the subtleties of seventeenth century speech, or the way in which Shakespeare contributed to the evolution of English. Just imagine how Russians would feel if I, or any other English person, presumed to rubbish Pushkin!

The issue of language and comprehension was bad enough. But even more unsettling was the meanness and smallness of spirit shown by the author, qualities I don’t normally associate with Tolstoy. What I do associate him with, for all his genius, is selfishness and overwhelming egoism. The egoism, something that most writers suffer from, could have been disregarded, disregarded, that is, if he had not presumed to write in such terms about Shakespeare. Egoism here is the key, as George Orwell recognised in Lear, Tolstoy and the Fool, his brilliant rebuttal of the Russian master.

In his essay Tolstoy rails against King Lear with particular animus. Here Orwell spotted the psychological clue behind his ranting on the blasted heath: Tolstoy hates King Lear because he is King Lear; he reproduces Lear in life. Lear’s renunciation was Tolstoy’s renunciation: Lear fled; Tolstoy fled. His end also was curiously like Lear’s:

And though Tolstoy could not foresee it when he wrote his essay on Shakespeare, even the ending of his life--the sudden unplanned flight across country, accompanied only by a faithful daughter, the death in a cottage in a strange village--seems to have in it a sort of phantom reminiscence of LEAR.

The simple fact is that the play held a mirror up to Tolstoy, showing back a disturbing reflection. The theme is about renunciation, renunciation of power, renunciation of land, the renunciation of wealth, the very core of Tolstoy’s philosophy. Tolstoy renounced the world because he believed that in this, in serving the will of God, he would achieve happiness.

But his renunciation brought him no more happiness that Lear’s gratuitous act. Like Lear he gave up power…but also like Lear he still wanted to be king. Shakespeare, it might be said, had shown the weakness in Tolstoy’s own thought. Perhaps Tolstoy, too, should have been accompanied like Lear by the Fool, someone to tell him that he deserved to be beaten for being old before his time; that he should not have been old before he was wise. 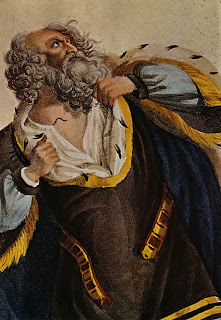