The Labours of David Cameron 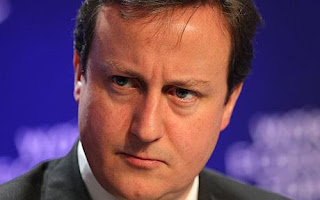 Impressed as I am by him as a politician I never quite saw David Cameron in the role of Hercules. OK, he might not be ready to fight lions – not yet – but he is about to embark on the fifth labour of the Greek hero: he is about to cleanse the Augean Stables; he is about to clean the accumulated filth of thirteen years of Labour elf ‘n’ safety rules, laws and mind-numbingly petty regulations.

In an interview with the Daily Mail on Saturday, Super Dave said that this whole area had gone mad under the previous government, that the time has come to end the accumulated neurosis which has forced the emergency services to stand aside while people, including children, have died, for fear of contravening some regulation or other, for fear of incurring the wrath of some jobsworth or other.

As an aside to the interview some examples are given. Two of them for me define the parameters of the whole elf ‘n’ safety farce, one sad, the other laughable.

In Wigan police support officers watched ten-year-old Jordan Lyon struggling in pond, ordered not to intervene by their control room because they did not have the right training. By the time those with such training arrived Jordan was dead.

After an inquiry lasting two years and costing £250,000 elf ‘n’ safety inspectors concluded that ten-pin bowling alleys could be a “very dangerous” environment for families. Why? Had they been the setting for some serious accidents? No, they had not. It was too easy, the dramatic conclusion was reached, for children or teenagers to run down the lanes and become trapped in the machinery. After a second’s reflection, at no cost at all, I can tell you that life leads to death. Only elf ‘n’ safety inspectors stand in the way!

Anyway, returning to Dave, he commissioned Lord Young, Margaret Thatcher’s one-time Trade and Industry Secretary, to look into this whole area. Young is to recommend that the police, paramedics, ambulance drivers and other emergency services be exempt from prosecution under elf ‘n’ safety laws while carrying out their duties.

The Prime Minister said, commenting on Young’s work, that there was far too much intrusion into everyday life by state-sanctioned bureaucracy, bureaucracy that now makes something as simple as a school outing all but impossible. He has not ruled out abolishing that dreadful quango the Health and Safety Executive altogether.

"We do have a good record of health and safety at work in this country”, he said, ”and we have a low level of industrial accidents and that’s important. You can deal with this problem without jeopardising that at all. The neurosis comes from excessive litigation fears, unclear law, mission creep, Europe, town halls. It’s all of those things and we have to deal with each one. That’s what we will do." 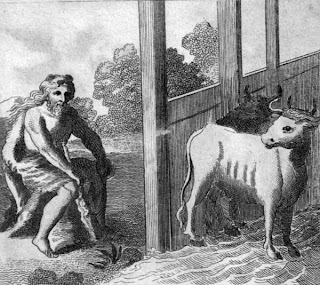