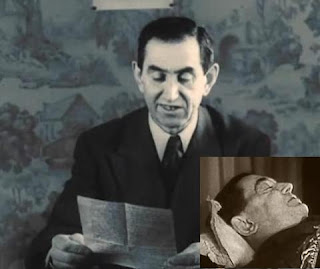 In the summer of 1944 Notre-Dame Cathedral in Paris was the setting for a state funeral in what was to be the last symbolic act of the regime of Marshall Petain that had governed France with ever diminishing authority since 1940. There was something bizarrely unreal about the whole occasion. To the north-west of the capital the Allies were fighting to break out of Normandy; within six weeks they would arrive in Paris itself. To all but the most deluded it was clear that the Germans were losing the war.

But still the funeral was conducted with due solemnity. The man being honoured was Philippe Henriot, appointed Vichy’s head of propaganda in January 1944, who had been assassinated by the Resistance on 28 June. Why was this considered necessary? Quite simply because, in the twilight of collaboration, it was Henriot who had become the voice of Vichy, not Petain or Pierre Laval, his prime minister. And a highly effective voice he was too, so effective that the Free French, broadcasting from London, had taken to calling him the French Goebbels.

Henriot, besides being a skilled radio broadcaster, possessed one key advantage: the French may have been tired of the war, even more tired of the German occupiers, but they were still immensely fearful of the destructive consequences of liberation. For weeks prior to the Normandy landings Allied bombing raids on France had increased in intensity, providing Henriot with plenty of material for his twice-daily broadcasts. He contrasted the suffering of his fellow countrymen with those who had taken refuge with de Gaulle in England. And the native Resistance, the Maquis, he told his listeners, was made up of communists, terrorists, criminals and gangsters. The true heroes of France, he said, were the men of the Milice, Vichy’s paramilitary police force, who would restore order to a chaotic world.

Henriot had an interesting background, emerging from the Catholic and Anti-Semitic right that had felt itself increasingly beleaguered ever since the days of the affaire Dreyfus earlier in the century, which had introduced one of the great fault lines into French political life. At the beginning of the war he had also been strongly anti-German, a patriot like most patriots of the day who rallied to Marshall Petain after the fall of France and not to the band of émigrés who followed Charles de Gaulle to London. He was a French patriot, yes, a believer in the nation’s Catholic civilization and a hater not just of Jews, whom he did not consider to be French, but of communists.

This fear and hatred of communism is the key to understanding the most crucial metamorphosis in Henriot’s career. After Hitler invaded the Soviet Union in June 1941 he saw Germany as the great cleansing force, one that that would deliver Christian civilization from the contagion of communism.

In the early months of 1944, such was Henriot’s effectiveness, the French were fighting a civil war ‘on air.’ Resistance agents had reported that his broadcasts were having a strong influence on a fearful and uncertain population. From London a counter-attack was launched, with a number of people, headed by Maurice Schumann, warning people against Henriot’s seductive words. He continually referred to the exiles as the “the Jewish shirkers in London”, who responded by calling him a “Judas”, seemingly quite unaware of the irony here.

Counter-broadcasts were not enough. In the end the only way to stop Henriot was to kill him. That same evening Schumann proclaimed that “We will not hide our joy at this event. France will do very well without the voice of Philippe Henriot.” The rest was silence.
Posted by Anastasia F-B at 15:59