No, I Will NEVER move to Revolutionary Road 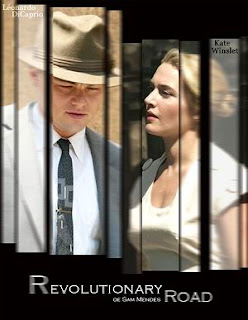 I saw Revolutionary Road earlier this year. It’s an excellent adaptation of Richard Yates' novel of the same name, with the lead characters brilliantly caught by Kate Winslet and Leonardo DiCaprio. Yes, it’s brilliant but also quite unsettling.

Frank and April Wheeler have it all: a comfortable home, children and a secure and reasonably affluent life, a lower middle-class version of the American dream. But there is a terrible emptiness and futility to their lives and they have the intelligence-or the misfortune-to recognise it. Frank hates his job and April hates the numbing routine into which they have been seduced, a path, in the end, that leads to nothing at all.

April, the stronger of the two, suggests a way out: the family should move to Paris, where Frank can find his true inner potential-as a writer, perhaps-while April supports the family by taking secretarial work. It’s a moment of hope; yes, it is possible to escape with the right will and the right determination. But Frank, in the end, has neither; he talks about freedom but he is unable to live for freedom. The distance between the two grows; cracks become chasms. Their love dies, April dies, and Frank goes on to a living death.