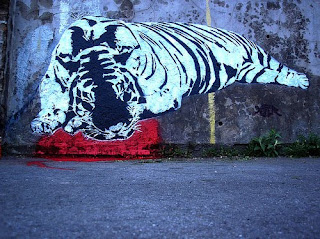 Shortly before the Irish general election last month, which saw the worst defeat of a sitting government since the formation of the Free State in 1921, a letter appeared in the Irish Times, saying that the title of the European anthem should be changed from Ode to Joy to Owed to Germany. It’s good to see that at least some people in Ireland preserve a sense of humour, even if it’s in the shade of an economic gallows.

It’s become the fashion to blame those irresponsible bankers for the woes that have overtaken the world economy since 2008 that we are overlooking the fact that stupid and short-sighted politicians bear a far deeper responsibility. The business cycle is part of our economic life; it always has and it always will. It really should be repeated endlessly: that which goes up must inevitably come down.

People are so easily deluded, forever trapped in the short-term. We should be immune to arses like Gordon Brown, the former British Chancellor and Prime Minister, who announced “an end to boom and bust”, or Bertie Ahern, the former Irish Taoiseach, who said that the “boom can only get boomier”; but we are not; sadly we are not.

There are so many lessons in the Irish farce, which has seen a country that struggled centuries for dignity and independence subject to a new kind of fiscal colonialism, forced to accept the indignity of an EU-IMF bailout, forced to accept that it no longer has sovereign management of its own economic affairs. Where now is the tiger economy? That’s easy: it’s been shot and skinned, its hide hanging on the wall of the IMF.

Bankers do what bankers do, which is to take risks. Politicians do what politicians do, which is to exercise caution. But when politicians join bankers in playing at risk one ends in the Irish Bubble. I make no apology for this expression, echoes of England’s infamous eighteenth century South Sea Bubble, though I may be in danger of downplaying the stupidity involved; for at least the English government of the day did not underwrite the speculators.

So, exercising no restraint at all, believing that the ups would be ups for ever, the Irish government panicked when property prices started to slide, leaving the banks hopelessly exposed. An emergency meeting was held in September 2008, in which Brian Lenihan, then Finance Minister, offered the bankers guarantees not just over deposits but also most debts. Debt, in other words, was nationalised. Taxpayers, in still more words, were defrauded, patsies for the politicians. Amazingly the state took on a potential liability more than two and a half times the size of the national economy. The boom got bustier.

Where has all Ireland’s capital gone, long time passing? Again the answer is easy; look around the place, see all those ghost estates, homes that nobody wants, builders can’t complete and buyers can’t afford. Liquidity has turned to stone, and there it is likely to remain, at least until the bulldozers return the sites to pasture.

I read in The Economist that when the IMF delegation arrived in Dublin last November to rescue the politicians from their monumental stupidity that the Irish Times ran a lachrymose editorial, asking if this is what the heroes of the 1916 Easter Rising had died for. It continued by observing that “The true ignominy…is that we ourselves have squandered our sovereignty.”

Indeed they have: in embracing the European Union as the universal panacea, in embracing the euro, that one size fits all currency, in embracing the finances of Berlin that have no place at all in the finances of Dublin. Now with credit almost impossible to get, Ireland’s membership of the single currency means that it lacks the flexibility to manage the situation with its own internal fiscal tools. In place of the tigers have come some rather desperate looking cattle. Oh, for the power of prophecy.

Then Pharaoh said to Joseph: “Behold, in my dream I stood on the bank of the river. Suddenly seven cows came up out of the river, fine looking and fat; and they fed in the meadow. Then behold, seven other cows came up after them, poor and very ugly and gaunt, such ugliness as I have never seen in all the land of Egypt. And the gaunt and ugly cows ate up the first seven, the fat cows. When they had eaten them up, no one would have known that they had eaten them, for they were just as ugly as at the beginning. So I awoke. Also I saw in my dream, and suddenly seven heads came up on one stalk, full and good. Then behold, seven heads, withered, thin, and blighted by the east wind, sprang up after them. And the thin heads devoured the seven good heads. So I told this to the magicians, but there was no one who could explain it to me.”

“Never mind all that”, Joseph replied, “the boom can only get boomier.”
Posted by Anastasia F-B at 15:08