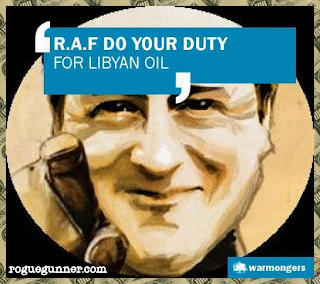 Behold the Mother of Parliaments; behold the halls where Melbourne once faced Peel, where Gladstone once faced Disraeli. What do you see? It’s like some third-rate parody, starring two political pygmies - David ‘Tony’ Cameron and Ed ‘the Red’ Miliband. I’m a student of history, of political history in particular. It gives me no pleasure to say this but we seem to be in the final stage of senescence; the decline is over; the fall is to come. Yes, this is the way the nation ends, not with a bang but with a whimper.

There they were those two class acts, mouthing the usual mealy platitudes, a happy consensus over the intervention in Libya, over the neo-Palmerstonian approach of the Prime Minister. Yes, Palmerstonian. You see Henry Temple, Lord Palmerston, a dominant figure in British politics for a good bit of the nineteenth century, is apparently one of Cameron’s political heroes, something I found our quite recently.

What a tale there is to tell here! Palmerston, if you don’t know anything of his career, was the exponent of a particularly muscular form of imperialism, the kind that saw Johnny Foreigner as a shower of naughty school kids who needed a firm smack now and again, as well as the occasional pipe of opium to keep them placid, as the Chinese will know. Civis Romanus sum, was Palmerston’s motto, after his most famous speech, in which he argued that a British citizen should be able to walk the earth as the Romans of old, unmolested by any foreign power.

Cameron has gone that one step further: foreign citizens should be able to walk the earth unmolested by their own governments; sorry, make that unmolested by certain governments. Here we are, battering away at Libya in a mind-numbingly arrogant manner, in the pious hope that we will have peace, justice and the Western Way. But we won’t; we will have chaos; we will have death under a NATO umbrella – small wonder that Pontius Obama is washing his hands.

Here we are, a nation in the financial doldrums, a nation whose armed forces are not adequate for the task they have already let alone this new adventure, a nation now engaged in an open-ended commitment in North Africa with no appreciation of the possible outcomes. Palmerston at least had the means to enforce his will. Cameron, anxious to cut a figure on the international stage, has nothing beyond his own pathetic hubris…and a bomb or three.

I was asked in a discussion on the Libyan crisis, where I argued against intervention, if it would be OK to stay out and allow what will happen happen. Yes, I replied, with not the least hesitation; do we not have enough problems of our own without trying to attend to those of others? Does our attention make things better or worse? The world is full of bad people dong bad things. It is not our divinely-ordained task to set wrongs to right.

There is also the naïve assumption that it’s the Colonel on one side and the rest of Libya on the other, that he has no genuine supporters, no people willing to fight and die on his behalf. They are dying alright, dying in an operation which was conceived - I am convinced it was - as no more than a grand assassination attempt – NATO as Murder Incorporated.

I’m a conservative and I’m a Conservative. I was delighted when Cameron became prime minister last May and I’ve done my best to remain loyal and supportive ever since. But this murderous Blairite idiocy is just a step too far. He is claiming to act in the national interest, claiming that if Gaddafi wins then instability would spread throughout the region. But the Colonel was on the threshold of ending a rebellion. Now it’s almost guaranteed to go on indefinitely, creating the very situation that this bullying aggression was intended to prevent.

I note from tonight's news that mission creep is already creeping; I also note that there is a growing awareness of the exact political complexion of the rebels, that it was not all mad rambling from the Mad Colonel.

The last thing Britain needs in the twenty-first century is a Palmerston by way of Blair; but that is exactly what we have. Cameron, Bruce Anderson wrote recently in the Telegraph, could have ended up looking foolish if his efforts at intervention had failed to persuade our allies. He prevailed; he is going to end up looking a lot more than foolish.
Posted by Anastasia F-B at 15:33