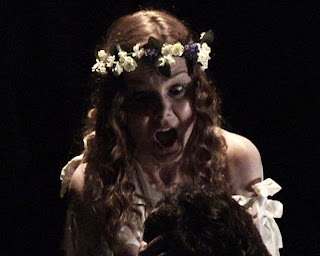 If there is ever some future Chilcot Inquiry over David Cameron’s war on Libya he will, unlike Tony Blair, his avatar and inspiration, be able to wave his little flag: “But it was all perfectly legal. The United Nations said so.”

Oh, yes, there is that vote in the Security Council, with no opposition. But look at the abstentions, five of them, including Russia and China, countries that know how to play the diplomatic game according to the only rules that matter – those once laid down by Niccolò Machiavelli. Now, as western missiles and bombs once again rain down on an Arab country, the Russians are expressing regret over international military action, taken after a “hastily approved” UN resolution.

We used to play the game of diplomatic risk well in this country, in accordance with our own interests, but not any longer. Now muddle, incompetence and confusion is followed by a rush to the moral high ground. Cameron says that the present bombardment is “necessary, legal and right.” I wrote about this “necessary, legal and right” prospect not so long ago (Keep out of Libya), a whisper lost in the storm.

It’s just so frustrating, the stupidity and incompetence is frustrating, just as Cameron’s determination to walk in the paths of the wretched Tony Blair is frustrating. We, for reasons I find almost impossible to understand, given how overstretched our military and how threadbare our finances, are now involved in another dreadful gung-ho war, the hat-trick to add to Afghanistan and Iraq.

Consider what Cameron, Obama and Sarkozy have done, look at the possible outcomes. The Colonel’s offensive may be halted, frozen exactly where it is, leaving him in control of Tripoli and the west with the rebels holding on to Benghazi and the east. This may be a permanent state, with Libya hereafter a divided nation, a political fracture caused by tomahawks. I would hazard that the whole region will be destabilised as a result. I would hazard further that, once the dust settles, the Muslim world will see this exactly for what it is – another act of Western aggression.

But the Arab League is behind this, so the objection goes. Yes, they are, against repression in Libya while some of their hypocritical members enforce it in Bahrain. And what of Yemen, what of the people of Yemen, do they somehow matter less than the people of Libya?

But it’s the ignorance of our great world leaders that perplexes me most, their complete incomprehension when it comes to the Arab world, the tribal nature of the Arab world, the tribal nature of places like Libya. The Colonel for all his lunacy at least gave the place unity, a sense of national identity. David Cameron says he does not want a failed pariah state on Europe’s southern flank, “potentially threatening our security, pushing people across the Mediterranean and creating a more dangerous and uncertain world for Britain and for our allies, as well as for the people of Libya.” But, as Daniel McCarthy wrote recently in the Spectator, a failed state is exactly what Libya is almost certain to become, one of constant civil war between competing tribes, Somalia on the Med.

The rebels are not strong enough to remove Gaddafi by their own efforts, that much is clear, just as the Iraqi rebels were not strong enough to remove Saddam after the First Gulf War. So, what’s next? Mission creep, that’s what, either supplying the rebels with arms, causing yet more loss of life, or sending in ground forces to end the deadlock that this precipitate action is likely to create. Bombing alone is unlikely to remove Gaddafi. Just wait to see how Al-Jazeera reports, just wait to see how it goes down in the Muslim world when the first school or hospital is hit by a ‘smart’ bomb.

I can’t believe that I’m raising this; I can’t believe that our government has not considered this dreadful prospect, a government that launches aircraft carriers with no aircraft, an administration blinded by Cameron’s laughable self-righteousness. Was one Iraq not enough? Are we to see body bags from Libya? Starting one dreadful war without forward planning or proper comprehension may be regarded as a misfortune, starting two looks like carelessness, or stupidity, or a whole combination of things that have nothing to do with the interests of this country and its people. For the love of God, here we are again. Who would have believed it possible?

Oh, mystery, misery! Again comes on me
The terrible labour of true prophecy, dizzying prelude.
Do you see these who sit before the house,
Children, like the shapes of dreams?
Children who seem to have been killed by their kinsfolk,
Filling their hands with meat, flesh of themselves,
Guts and entrails, handfuls of lament -
Clear what they hold - the same their father tasted. 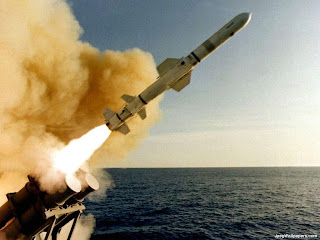