Justice in the European Style 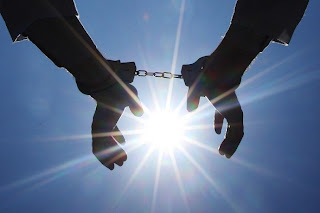 Let me paint a picture for you, a sketch for a possible future. The countries of North and South America have joined together to form a more perfect, transnational union. This is not just about trade, oh, no; there are directives and ukase of one kind or another, coming from the American Union’s (AU) headquarters in, say, Mexico City.

You are at home, perhaps somewhere in the mid-West. You are a citizen of a free country, one whose legal system draws on the tradition of English common law, going all the way back to Magna Carta. The Constitution is your greatest protection, guaranteeing your civil liberties. Do not be so sure.

Listen; someone is at the door. You answer. There are two officers from the local police force, who promptly arrest you on a warrant issued in Guatemala. You are held prior to deportation. There is no point in sending for your lawyer; for you have been detained under an AU Arrest Warrant. No evidence need be produced and no court, not even the Supreme Court itself, has the power to stop its execution.

The thing is, you see, judges have to assume that all jurisdictions in the AU operate the same standards; that all are equally fair; that from Terra del Fuego to Baffin Island justice is done and seen to be done. So off you go to Guatemala, to an uncertain future, to a country with completely alien legal traditions. Your government has failed in its most fundamental duty – protecting the rights and liberties of its own citizens.

This is a fantasy, you think, some dreadful fictional dystopia. Yes, for you it is; for those of us living in the European Union it’s a reality; it has been since 2004. This Sunday Andrew Gilligan writing in the Telegraph reported on the case of Andrew Symeou, a student of previously unblemished character, arrested at his north London home in the summer of 2009 before being packed off to Greece on a charge of manslaughter.

I don’t want to go into the details of the case other than to say that the evidence against Mister Symeou looks highly suspect, confessions, that’s all, obtained by the kind of methods favoured by the Greek police, from witnesses who have since retracted their statements. But the truly shocking think is the procedures involved, the primitive and backward nature of the Greek legal system, which means that the last thing this man is getting is fair, effective and, above all, speedy justice. The worst thing of all is that he can’t even understand what’s being said in court.

What, there are no translators? Oh, yes, there are translators alright, one of whom concluded her account of a legal argument with the words “Or something like that”, another who translated Symeou’s ‘No’ as a ‘Yes.’ Badly educated and underpaid, these are the people that the accused is relying upon to make sense of the whole bewildering process.

This man has now spent almost two years in Greece, nine months in a maximum security prison and a further year unable to leave the country, waiting for some kind of justice. We are in the world of Josef K, straight out of Franz Kafka’s The Trial. After almost two years and three postponements, Andrew S (oh, why not?) finally got a chance to test the evidence against him last Thursday, when the trial finally opened. Yes, it opened and just as quickly closed again. Proceedings lasted all of forty-five minutes, before the judge adjourned, accepting an objection to the latest incompetent translator. As Greek courts seemingly come and go as they please (they don’t even sit on consecutive days), Andrew S has no idea when his nightmare may end.

"Everyone strives to reach the Law," says the man, "so how does it happen that for all these many years no one but myself has ever begged for admittance?" The doorkeeper recognizes that the man has reached his end, and, to let his failing senses catch the words, roars in his ear: "No one else could ever be admitted here, since this gate was made only for you. I am now going to shut it.”
Posted by Anastasia F-B at 17:01