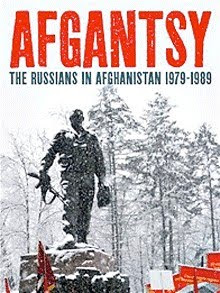 “Don’t advance on Moscow”, is the first rule of warfare, according to the late Bernard Montgomery, a British Field Marshal and victory of the Battle of El Alamein. The second is don’t go fighting with your land army on the mainland of Asia. The time has come, I think, to reverse the order here: history has only two examples of failure before Moscow compared with the many examples of disaster in Asia; of disasters, in particular, in Afghanistan, the charnel house of empire.

I once wrote that it should be compulsory for ever new incumbent of the White House to read The Quiet American, the novel by Graham Greene set in Vietnam during the last days of the French occupation. Now another book has been published which should be compulsory reading for every western leader, every neo-con and every moral imperialist – Afgantsy: the Russians in Afghanistan, 1979-1989 by Rodric Braithwaite. Sadly it has come ten years too late. Actually I have a slight qualification here, a point I will come to a little later on.

There are few better qualified to tell the story of the tragic involvement of the old Soviet Union in Afghanistan than Sir Rodric Braithwaite, once British ambassador to Moscow. He begins with an intimate knowledge of Russia, the Russian people and the Russian sources. He also writes with understanding and sympathy for the veterans of this hopeless conflict, the Afgantsy of the title, who fought and suffered under the most appalling circumstances, often caught between the ruthlessness of the enemy and the negligent indifference of their own commanders. Put out of your mind the Red Army of 1943 to 1945. Think, rather, of the Imperial Army of 1914 to 1917.

Braithwaite’s has a tale to unfold whose lightest word harrows up the blood. It’s a story of suffering: the suffering of the ordinary Russian soldiers, mostly ill-educated conscripts, some 15,000 of whom lost their lives; the suffering of the ordinary people of Afghanistan, over a million of whom lost theirs, often in the most dreadful circumstances. It’s also a story of incompetence: the political incompetence of the Kremlin, sinking into geriatric senescence, and the military incompetence of the Russian central command.

The political and strategic incompetence goes wider, goes so far as Washington, to an administration so anxious to avenge the humiliation of Vietnam that it was willing to offer support to the most antediluvian and obscurantist forces, - the mujahideen that was to morph into al-Qaeda and the Taliban. As late as 1998, ten years after the conflict ended, Zbigniew Bzrezinski, former security advisor to President Jimmy Carter, continued to justify American support for the insurgents;

What is more important in the history of the world? The Taliban, or the collapse of the Soviet Empire? Some stirred up Muslims, or the liberation of central Europe and the end of the Cold War?

Here we have the same kind of blindness that led Francis Fukuyama to announce the ‘end of history’, just before history leapt up and bit him, and Bzrezinski, on the arse. It’s the blindness that caused Congressman Charles Wilson to describe Jalaluddin Haqqani, the mujahideen commander, as “goodness personified.” This incarnation of goodness is now number three on America’s most wanted list.

The Soviet road to hell was paved with good intentions. Although reluctant to intervene in the affairs of the country – contrary to Western perceptions at the time – they came hoping to make a difference, to bring this medieval society into the modern age. But the Afghans, in the main, have only ever wanted one thing: to be left alone. The British know this, or should know this, after some fairly disastrous interventions in the nineteenth century. In fact soon after the Soviet invasion the Foreign Office helpfully provided the deputy Soviet foreign minister with an account of past involvements, only to be told that this time it will be different.

But it wasn’t; it never could be. Afghanistan is easy to occupy but impossible to hold, a lesson that needs to be repeated time and again; the lesson that the Soviets ignored, the lesson that George Bush and Tony Blair also ignored. There might be some excuse for Bush, smarting in the aftermath of 9/11; there is none for Blair, given the Foreign Office warning, given our history. So, hence my qualification above: even if Afgantsy had been published years earlier it is doubtful if it would have made any difference to the strategic blindness of this stupid man.

We are now where we are, where the Soviets once were: the wolf is being held by the ears…just. How to let go, that’s the problem. The Russians wanted out years before their final exit. The problem was always to do so while retaining a degree of credibility, the nightmare bequeathed to Mikhail Gorbachev in 1985. Barack Obama and David Cameron would do well to pay heed to this brilliant and superbly researched account of a multi-faceted tragedy. In the end Afghanistan will be left to its own devices at a waste of so many lives and so much effort. History speaks; it’s such a pity that we fail to listen. 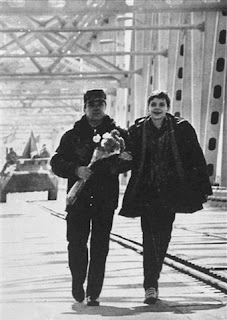