City of the Book 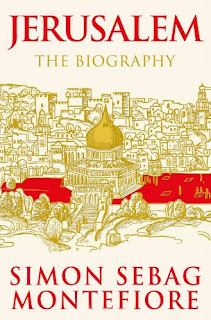 My first sight of Jerusalem was in a taxi, driving up from the airport at Tel Aviv. It was a winter afternoon in late November, with the sun well down on the horizon. The colour tones were all light-grey, not drab, just grey upon grey, dramatically punctuated by a brilliant flash of gold from the Dome of the Rock: it was almost as if I had been allowed the briefest glimpse of the celestial city, Zion itself!

It was the new city we drove into, with the old beyond, the Turkish walls prominent on the horizon. My first impression was of sheer ordinariness, all a bit anti-climatic. After all, Jerusalem is a place that one has visited countless times in the imagination - the city of David, the city of Jesus, the city of Mohammed, the city of God. It was only gradually that the reality caught up with the romance. Yes, this is an ordinarily extraordinary place; here I am walking on the flagstones of history itself, on the paths of destiny.

I’ve now visited the city again through the pages of Simon Sebag Montefiore's Jerusalem; the Biography. What a story he has to tell, tragic and bloody, exhilarating and uplifting; how well he tells it, with style, ease and a superb eye for detail, for the artist’s colourful vignettes that bring the place to life.

It’s the story of us all: it’s the story of civilization itself, of the rise and fall of empires and dynasties; but it is the particular story of the Jews, the people who might be said to be defined by a place that for so long existed only in prayer and longing – “Next year in Jerusalem.” Largely driven out by the Romans in AD 70 and again in AD 135, they began an epic wandering of exile and return, one that has an almost mythic and Biblical quality, a greater Exodus.

In place of the Jews came so many others – the Romans and their Byzantine inheritors, the Persians, the Arabs, the Umayyads, the Abbasids, the Fatimids, the Crusaders, the Seljuk Turks the Kurds, the Mamaluks, the Mongols, the Ottomans and, in 1917, the British, General Allenby achieving something that had proved too much even for Richard the Lionheart. Jerusalem is not so much a place, more an obsession. It was obsession, faith and persecution that finally saw the return of the first people of the Book.

Montefiore’s ‘biography’ is a stunning achievement given the range of time and the vastness of detail that has to be covered, given the stages of the life. History has been laid down here layer by layer, one civilization building on the stones of another, one religion laid down on the beliefs of another, the sediments of time and faith. But given the sensitivity of the place, given its importance in Judaism, Christianity and Islam, the kind of archaeology that would uncover so much of what is hidden has always been problematic, particularly around the area of the Temple Mount.

In this particular regard the author touches on the story of one Captain Monty Parker, a louche Englishman, a sort of Flashman-like figure, whose archaeological explorations in the city before the First World War in search of the Ark of the Covenant were carried out with an Indiana Jones lack of finesse. He is the only man in history to have caused a riot that united Muslims and Jews!

The other thing about this deeply impressive and lucid book is that Montefiore manages to pack in so much so effortlessly without seeming to overwhelm one with detail; but there is detail and detail aplenty, from high history to the comically Rabelaisian. I found myself laughing out loud at certain parts, not just his account of Captain Monty but also his sketch of some of the earlier pilgrims, who did not always arrive filled with holy purpose and celestial thoughts.

It’s important to remember that Jerusalem is on so many ways a city of sinners rather than saints (Chaucer’s Wife of Bath visited three times!) There is Arnold von Harff, a German knight, who visited the city in the fifteenth century, armed with a few phrases in Arabic and Hebrew, which leave little doubt as to his profane intentions;

How much will you give me?
I will give you a gulden.
Are you a Jew?
Woman, let me sleep with you tonight.
Good madam, I am ALREADY in your bed.

Yes, there are moments of comedy but it’s heavily outweighed by the tragedy of a place where so much suffering and death has been caused by zealotry and fanaticism. There is the madness of the city during the siege of Titus; the horror of the mass crucifixions that followed its capture; there is the massacre that took place after it fell to the Crusaders in 1099, which caused the streets to stink with decomposing flesh for months after; massacre, mayhem and murder, century after century.

The tragedy, and the pettiness, has even invaded the Church of the Holy Sepulchre, the supposed site of Christ’s crucifixion, where the various Christian sects acted out ancient debates and hatreds, not stopping, on occasions, short of murder.

Montefiore is an excellent historian, the writer of superb biographies of people as diverse as Prince Potemkin and Josef Stalin. I expect the highest degree of accuracy from him, which makes the occasional minor lapses all the more annoying. It was Louis IX and not Louis XI, the treacherous Spider King, who led the last effective crusade (the idea of the latter on Crusade is more than ridiculous!).

I can excuse that, a mere slip of the Roman digits, but what I find more difficult to overlook is the contention that General Charles Gordon helped to suppress the Chinese Boxer Rebellion, which took place fifteen years after his death! But this is a minor quibble that did next to nothing to stop my enjoyment of a work of history that also manages to transform itself into a superlative work of literature. I cannot recommend it highly enough. 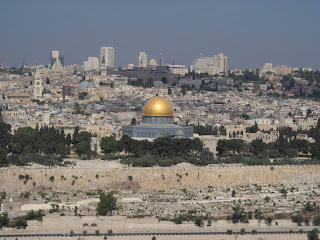