Your Horse is Gay! 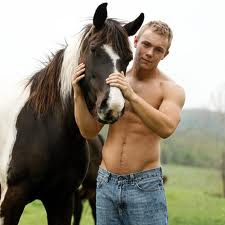 This is just too, too absurd, I can almost hear you thinking.  No reasonable plod would consider such a thing.  A policeman’s lot may not be a happy one, but policemen, by and large are not a stupid lot.  Well, then, let me offer you a different view.

Sam Brown, an undergraduate at , , was out with friends celebrating the end of his exams.  Passing a mounted policeman, he asked in jocular high spirits “Excuse me, do you realise your horse is gay?”  What happened next was not at all gay.  ’s underemployed police people arrested Brown for his ‘homophobic’ remark.

He was handcuffed and bundled off to the local Bastille for a breach of section five of the 1986 Public Order Act, which outlaws ‘insulting words or behaviour.’  Once inside, the Keystone Cops tried to extort an £80.00 ($130) fixed penalty notice.  He quite rightly refused to pay.  Locked up overnight, he was taken to court the following day, where prosecutors – not quite as dim as ’s finest – immediately dropped the case.

It’s laughable, I know, but it actually gets worse.  Have you ever said boo to a goose?  Just be careful if you do, because a sixteen year old boy from in the north-east of was arrested for saying ‘woof’ to a dog.  This was within the earshot of local police.  He was fined £50 ($80) with £150 ($240) costs for ‘threatening behaviour’ a decision later overturned on appeal by a jury.  The whole silly affair was no joke on taxpayers, because it allegedly cost them £8000 ($12800).

Another case concerns a boy who held up a placard saying “Scientology is a dangerous cult”, fair comment, in my view, unless you are a scientologist, in which case it’s an ‘insult.’  His offence was reported and he was arrested.

It’s impossible to make this sort of thing up, and I can assure you I did not.  It would be risible, a massive laugh at the expense of a stupid and literal-minded police force if it did not present genuine dangers to free speech.  No-one likes to be insulted but in a free society no-one has a right to expect not to be insulted.

For some time now campaigners including David Davis, a former government minister, and Rowan Atkinson, the comedian, have been urging a change in the law.  Atkinson has attacked what he calls a “creeping culture of censoriousness.”  I would go further and attack a creeping culture of mind-numbing stupidity, especially on the part of the police.

The little light of sanity has at last broken through the fog.  Tomorrow Geoffrey Dear, a former Chief Constable who now sits in the House of Lords, the venerable branch of the British Parliament, will table a motion calling for an amendment to the Act.  This, if passed, and accepted by the government, will remove the word ‘insulting’ from the legislation.  The measure is apparently backed now by the Crown Prosecution Service.

Actually I wonder if the legislation is the problem.  It’s really just a symptom, not the disease.  The disease is stupidity coupled with the growth of thin-skinned sensitivity.  I’m sure that in the past, even in the time when the legislation was first put on the statute book, people would never have imagined that public order measures could be put to such facile use.  There have always been those who are prepared to take offence at the least thing.  For the law to give support to each and every silly ass who can’t take a joke is, quite frankly, beyond a joke.
Posted by Anastasia F-B at 17:00