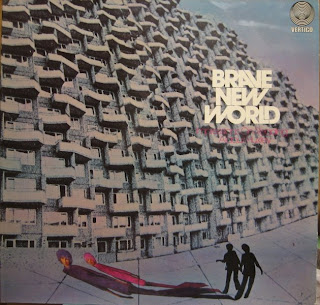 Aldous Huxley’s 1931 novel Brave New World is, depending on your point of view, a description of a soulless technocratic nightmare or a prescription for a far more rational society.  Personally I’m inclined to the latter.  What a good idea it would be to control the world’s population.  What a good idea genetic engineering would be.  How much happier we would all be as citizens of the .  The lower castes, the Betas, the Gammas, the Deltas and the Epsilons, all created in decanting bottles to be of lower intelligence, would be content in their modest and mediocre lives.

It’s just a beautiful dream.  We could not possible create such a rational world, a world devoid of thought, reflection and insight; a world devoid of such unsettling things as freedom.  Or could we?  I was delighted to read that educators in the have taken a major step forward in creating a more streamlined society.

Apparently such unnecessary and inharmonious modern classics such as J. D. Salinger’s Catcher in the and Harper Lee’s To Kill a Mockingbird are to be dropped from the school curriculum by 2014.  Instead the Betas, the Gammas, the Deltas and the Epsilons will be able thrill to Recommended Levels of Insulation by the US Environmental Protection Agency or, if that’s too exciting, Invasive Plant Inventory by 's Invasive Plant Council.  Yes, I know, not much in the way of plot or human interest but – ask yourself – do the lower orders really need these things?  They are just so unsettling for the humdrum, for those who aimed low in life and missed.

The new school curriculum for this brave new American world will come into force in 46 of the 50 states, making it compulsory that at least seventy per cent of the texts studied should be non-fiction.  A new generation is to be raised on informational handbooks.  It’s all part of a scheme to ensure that Americans are ready for the workplace, assuming the workplace ever comes.

The new standards are apparently backed by the National Governors’ Association and the Council of Chief State School Officers.  It’s also backed by a grant from the Bill and Melinda Gates Foundation.  Apparently it’s intended to help pupils develop the capacity to write factually and accurately, far more useful in the workplace than Shakespeare.

That’s it; that’s the key.  Employment in Obamaland has been so high because people are wrongly adapted.  Think how frustrated employers must be, think how frustrated Bill and Melinda must be, when job applicants come along reciting Whitman or Longfellow but know nothing at all about invasive plants or insulation.

Plato and Aristotle and the rest of those all Greek fossils got it completely wrong.  Education should not be about encouraging curiosity or developing fully rounded human beings.  It should be about indoctrination, streamlining and targeting.  The aim should be to ensure that the clones are undifferentiated, all fit for purpose.  It’s about ensuring that the ordinary remain ordinary, sub all expectations.

Meanwhile the Alphas for wholly unexplained reasons send their offspring in ever increasing numbers to private schools, those insulation and invasive plant free zones.  There they can continue to wile their time away uselessly musing on Shakespeare.

O wonder!
How many goodly creatures are there here!
How beauteous mankind is! O brave new world,
That has such people in't.
Posted by Anastasia F-B at 15:52