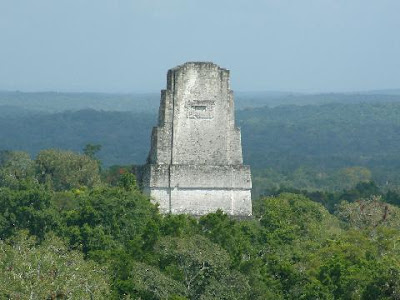 I read recently that a global poll conducted earlier this year by Ipsos Mori, one of England’s leading market research companies, found that as many as ten per cent of the world’s population believe that the end is nigh. That’s right: get your affairs in order, for everything comes to a full stop in two weeks time. Two weeks, that’s all we’ve got; two weeks that’s not a lot!

What’s the source of this fear? I think that one would have to be an ancient Mayan not to know – it’s the Mayan Long Count Calendar, which reaches the end of its cycle on 21 December. If you don’t know this you really should have paid attention to 2012, the 2009 Hollywood blockbuster which gave lavish details of the coming apocalypse. “We were warned”, said the movies tagline, a point emphasised by one of the characters who said “The Mayans saw this coming thousands of years ago.”

Hey, let’s step back a little. Let’s ask one key question: what exactly did the Mayans see? Nothing, nothing at all; that’s the short answer. You can scour the ancient Mayan texts as much as you like and you will find no support at all for the end of civilization as we know it scenario. It’s all rather boring really. We will, by their calculations, simply see the turn of the thirteenth Bak’tun, a sub-period in the Long Count.

It’s all happened before, the shift from one period to another. There have been several ‘rolling over’ periods in the history of Mayan time, none of which is associated with any destructive or cataclysmic event. I know, I know; it’s just too boring. Better have a bang!

I feel sure that some people will remember all of the dire predictions just before our calendar rolled over from 1999 to 2000, computers crashing, airplanes falling out of the sky and on and on. What happened? You know what happened – nothing. The thing is, you see, it is we who are obsessed with the apocalypse. We have been anticipating the millennia for millennia. Not so the Mayans, far more phlegmatic and pragmatic in every sense.

According to Matthew Restall, a Mayan specialist at , the pre-Columbian Maya had virtually no interest in the apocalypse – “You have to look very hard to see any kind of concern with the end of the world. There are certain creation mythologies but not a lot about the world ending.” The truth is that the cataclysmic mood was imported into the , like measles, by the Spanish and other European settlers. In other words, it’s our tradition, not theirs.

We have our own long and short count; it’s come and passed time after time. Who can forget that Judgement Day was guaranteed for 21 May of last year, a rapturous event warmly anticipated by Harold Camping and the delightful Family Radio Worldwide? It was all foretold, Camping informed his happy campers; it was all in the Bible, and the Bible, as we know, is the literal truth.

Oh these literal truths that turn out not to be true at all. As I say, we’ve been here before. I remember reading about a certain Christine Darg, another American evangelist, who was convinced that Jesus would make his reappearance on earth at the Golden Gate in . Certain of the time and the date, she even set up a webcam to record this earth-shattering event. Time passed. Jesus did not come. No Jesus, just lots of profane mooners, anxious to record their asses for posterity. It was the appearance of everyone but Jesus, all those bare backsides, which caused the camera to be removed just as quickly as it was put up.

You see we, in our anxiety, just latched on to the Maya as the most advanced of the pre-Columbian civilizations, reading in to their culture aspects of our culture, importing our obsessions which were not their obsessions. They have no ends or ends, if I can put it like that.

I admire the Maya. I’ve been to in , looking out over the forest canopy, punctuated here and there by those marvellous and mysterious pyramids. Who could not admire their civilization after seeing that? A lot of people think that the Maya disappeared into the mists of time, that they had their own unrecorded apocalypse. But they did not. They are still with us, communities in southern and . For them 2012 is a boom without a boom. What a party they are anticipating on 21 December! 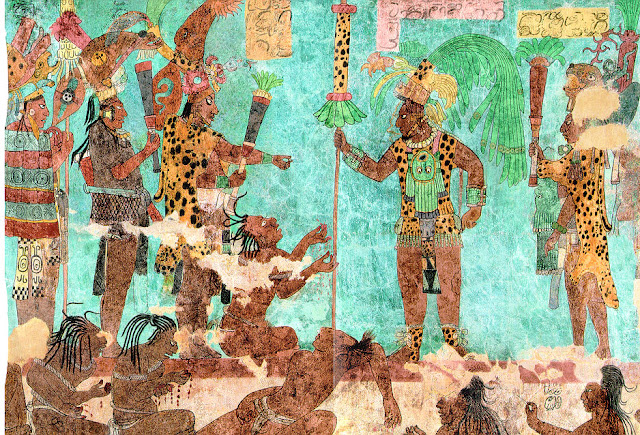