Light in the Dark 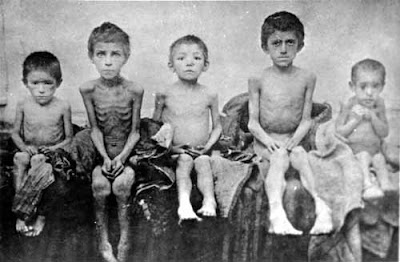 Last week saw a sad anniversary in the .  It’s eighty years since the beginning of the Holodomor, literally meaning ‘extermination by hunger’, a Stalin-made catastrophe that is thought to have been responsible for the death of up to seven million people in the years 1932 and 1933.

It marks the first great moral nadir of communism.  It was a period of forced requisitions, a period when corn, even seed corn, was taken by the thugs of the NKVD, the state security apparatus, and other politically-inspired gangsters.  It was a period when food was marked ‘for export’ while men, women and children dropped dead in the streets.  For some it is comparable to the Holocaust.  While that is probably a step too far, in that there was no discernible racial motive involved, it shows a comparable callousness.

This tragedy is still not widely known outside the .  The reason for this is simple enough: it was hushed up at the time by Western journalists who were little better than the stooges and dupes of Stalin.  The greatest stooge of all was Walter Duranty of the New York Times, who received a Pulitzer Prize for the ‘honesty’ of his reporting from the , which might be a good indication of the true value of this benighted award.

To the cowards and wretches like Duranty there is one honourable exception – Gareth Jones, a Welsh journalist and former aid to David Lloyd George, whose reporting of the famine had him banned from the USSR.  He was later murdered in , aged only twenty-nine, in circumstances that have never been fully explained. 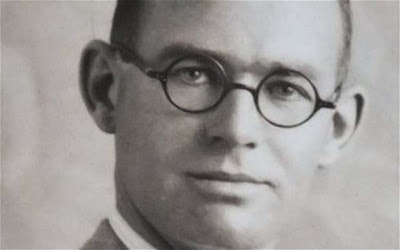 It was only after the achieved its independence that the Holodomor was accorded official recognition after years of enforced silence. Viktor Yuschenko, the former president, initiated a Holodomor Remembrance Day in 2006, marked every 25 November.  There is now a candle shaped memorial in , the capital, and a .

Things change.  Yuschenko and the Orange Revolution are, like the Holodomor itself, in the past.  Viktor Yanukovich, the current president, started to backtrack almost as soon as he got into office.  The whole thing has been diluted, with the terror hunger now officially viewed as “a common tragedy of the Soviet people.”  There is politics here, of course; there is always politics, even in death.  The former president pursued a distinctly nationalist and anti-Russian line.  Yanukovich, in contrast, is closer to Vladimir Putin, the Russian president, and Putin is close to the ghost of Stalin.

The commemorations went ahead anyway, even with the absence of state support.  People were able to taste dishes made out of tree bark or leaves, something the desperate took to in the days of famine, a forlorn attempt to assuage hunger and cheat death.  The occasion was also marked by various symbolic events like the “uncelebrated weddings” and the “unrealised talents”, a commemoration of loss.

Up to 2000 people gathered at the , observing a moment’s silence at 4pm precisely in memory of the dead.  Across the lit candles were placed in windows, little stars of light flickering into history’s great darkness. 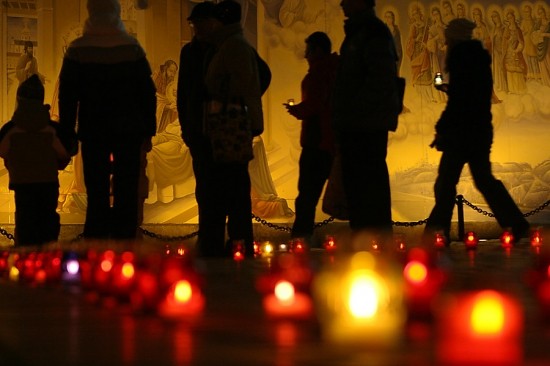