With a Bang, not a Whimper 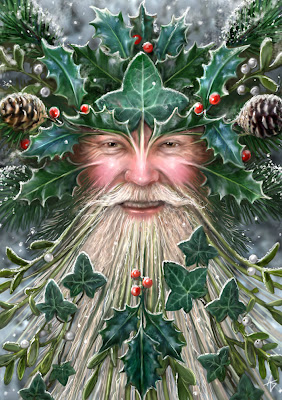 I’m really looking forward to tomorrow.  It’s Yule, the Winter Solstice, one of the main Wiccan sabbats, right at the top of the wheel of the year.  After Samhain – Halloween – it’s my personal favourite.  I have a party planned, all the better because mother and father are away in the country.  My close friends and associated hangers-on will be there.  I’m taking lots of trouble over the food and the drink.  For me it is the best or nothing.

Alas, I fear that I am wasting my money and my time.  As I pointed out here recently (Only Two Weeks Left), 21 December also marks the end of the Mayan Long Count Calendar.  I do not know any Maya and I hadn’t anticipated any coming to my bash, but they apparently intend gate crashing!  Oh, well, I shall just have to be extra vigilant, making sure that things go with a bang, not a whimper.

I’m reminded here of Bob Dylan’s Talkin’ World War III Blues, which concerns a dream of personal survival.  Perhaps you know the words?  If not it concludes thus;

Well, the doctor interrupted me just about then
Sayin’, “Hey I’ve been havin’ the same old dreams
But mine was a little different you see
I dreamt that the only person left after the war was me
I didn’t see you around”

That’s what the count to the Long Count comes down to – the survival of number one, which I personally think is a lot of number two.  Apparently there has been panic buying around the world of candles and survival kits, which suggest that some people have a highly relative view of just what the end means. As I say, the bells of hell and so on.

In people are sweeping up torches, thermos, kerosene and other supplies.  Some enterprising shopkeepers are taking advantage of the situation, advertising “Meet the End of the World” kits, which apparently include a tot of vodka along with a bar of soap and a piece of rope.  OK, I can understand the vodka, but the rope and the soap?!  The situation is so bad that Dmitry Medvedev, the Prime Minister, has tried to calm the panic, saying that he does not believe in the end of the world, “At least not this year”, he added reassuringly.

In America Ron Hubbard (that’s without the L), a manufacturer of hi-tech underground survival shelters, has seen sales explode.  Oh this is not a mere business opportunity on his part.  He’s taking the whole thing seriously himself, going underground on 21 December and not emerging until two days later.  I won’t bother sending him an invitation to my party.

It gets worse.  In the French Pyrenees the mayor of the town of has banned UFO watchers from climbing the nearby heights of the flat-topped Pic de Bugarach.  Apparently many consider the mountain to be a sort of alien highway.  There all the ETs among us will gather on the final day, taking the humans who happen to be around along with them as an act of charity.  It’s a fair return for past hospitality, one has to conclude.

On that very point I’m going ahead with my own hospitality regardless, no candles, no kerosene, no rope, no soap and obviously no aliens, since they will have previously decamped to the south of .  Quite frankly I would rather share Yule with a lot of twenty-something loonies in Knightsbridge rather than lunatics underground or on bare mountainsides.  There is one thing I will never be accused of – not knowing how to party.

Anyway, that’s it for the season or that’s it period.  I’ll see you all in the New Year or I won’t, whatever fate decrees.  If it comes I really hope you all have a great holiday, with or without the Maya.  Happy Solstice and happy Christmas to all, and to all a good night.  Listen to this.  It's just so soothing.