“You are no Longer a Human Being.” 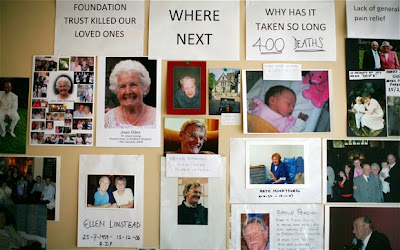 In 1946 George Orwell published How the Poor Die, an horrific account of his experience in a French public hospital in the late 1920s.  In this he drew the following conclusion;
In the public wards of hospitals you see horrors that you don't seem to meet with among people who manage to die in their own homes, as though certain diseases only attacked people at the lower income levels. But it is a fact that you would not in any English hospitals see some of the things I saw in the Hôpital X. This business of dying like animals, for instance, with nobody interested, the death not even noticed till the morning—this happened more than once.
Orwell! thou should’st be living at this hour: England hath need of thee; her hospitals are fens of stagnant waters.  OK, my apologies to Wordsworth for my free adaptation of one of his most memorable poems.  But what I say is true: English hospitals, it’s coming to light, are stagnant fens, places were healthy people go to die, at least if the the example of Stafford Hospital can be taken as a benchmark.
I’ll say more on this dreadful case in a  moment, but first a word on our National Health Service (NHS), the great sacred cow that politicians criticise at their peril.  We have here a system of socialised medicine set up in the immediate post-war period by the then Labour government of Clement Atlee.
Orwell, a self-defined socialist, though of a unique kind, was a supporter.  What would he have made of the dream if he had been alive now?  Here we are, seventy years on, and English hospitals are reproducing some of the things he witnessed in France all those years ago, yes, including the business of dying with nobody interested.  The horror here is almost impossible to imagine.
It has been calculated that between 2005 and 2009, a mere four year period, some 1200 patients at Stafford Hospital in central England died needlessly.  Last week an inquiry headed by Robert Francis, a senior lawyer, published its report, the second into the hospital’s failings.  And the failings are truly appalling, a complete abdication of all duty of care, examples of incompetence, negligence and outright brutality, in some ways worse than anything Orwell witnessed in his foreign charity ward. 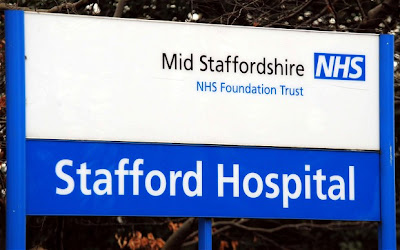 Patients were left lying in their own urine and excrement for days.  Those in desperate thirst were forced to drink water from vases.  People were sent home with life-threatening conditions.  One old man suffering from dementia and Parkinson’s disease was pulled from a lavatory in a state of undress, the nurse screaming at him “You are no longer a human being but an animal.  I hate you.”  Not only were the patients unwashed, in some cases for up to month, but wards were shockingly unhygienic, covered in blood, used dressings and bloody needles.
One woman arrived to find her 96-year-old mother-in-law “completely naked… and covered with faeces… It was in her hair, her nails, her hands and on all the cot sides… it was literally everywhere and it was dried.”  Another was so concerned about the welfare of her mother, who said she was frightened of the staff, that she mounted a 24-hour vigil by her bedside.  She was horrified by the things she witnessed;
Patients were screaming out in pain because they could not get pain relief. Patients would fall out of bed and we would have to go hunting for staff.  It was like a Third World country hospital.  Things were so bad on the ward that I started feeding, watering and taking all the other patients to the lavatory. It felt like it was not just my mum I watched dying, but all the others as well.
Those who complained were dismissed with contempt by senior management.  A twenty-year-old man was sent home with painkillers after a serious fall from his bike.  Doctors completely failed to diagnose a spleen injury.  He bled to death at home in agony.  The hospital’s chief executive, later reacting to complaints from his mother and family, wrote to them, saying that they should “put the matter behind them and move on.”
Well, now we have moved on; now we know exactly what was involved, a culture of turnarounds, tick boxes and statistics, all encouraged by the government of Tony Blair, a culture of quick fixes and negligence, encouraged by those who trumpeted the endless virtues of our ‘much-loved’ NHS.
Charles Moore, writing in the Telegraph, rightly said if negligence on this scale had been discovered in the private sector the management would be sacked and criminal charges would quickly follow.  But with the ‘much loved’ NHS a different culture prevails.  What happens?  Why, nothing, merely reports that take years to produce and end by blaming nobody.  The latest instalment effectively concludes, after much pious hand-wringing, that those in charge should stay in charge.  It was all a ‘cultural failure’, you see, not a question of individual responsibility .  That must be a great comfort to the relatives of the dead. 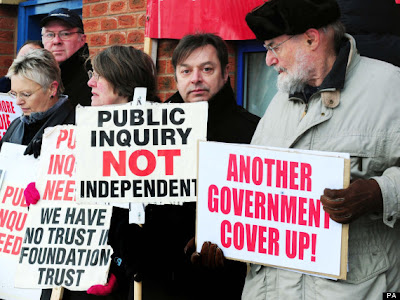 No sooner was the latest tome published than Sir David Nicholson, the chief executive of the NHS, was interviewed by the BBC.  This man in a previous life was head of the West Midlands Strategic Health Authority between 2005 and 2006, and thus the senior figure responsible for the Stafford Hospital.  In a previous life he was also a member of the Communist Party.  He was “shocked,” he is “sorry” for past ‘cultural failures.’ No matter; he is staying, backed by the present Health Secretary and David Cameron, the Prime Minister.
In a public statement launching his report, Mr Francis began by saying: “Many will find it difficult to believe that all this could occur in an NHS hospital.”  No, quite frankly, I don’t.  Stafford may be an extreme case but it is by no means an atypical feature of our rationed, managerial-conscious and patient-negligent ‘much loved’ NHS.
The point is, as Moore also says, this dreadful bureaucratic monster was never about patient care; it was about taking charge of delivery by centralised diktat.  It was for people who produced the service, not those who received it.  The truly shocking thing is we now see that those like Nicholson, effectively responsible for the death of hundreds of people, can escape blame for fear of ‘scapegoating.’  Could this happen in any country that is not called Cuba or North Korea?  It has happened in England.  It must be of some benefit to have a former communist in charge. 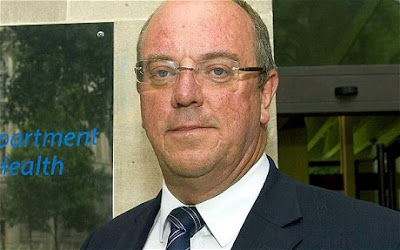 Pleased do not think the Stafford case is an isolated incident.  Other hospitals and other NHS trusts are now under investigation.  It’s estimated that a further 3000 patients have died needlessly elsewhere over the past two years.  Inquiries – more delaying tactics – have been ordered into hospitals where death rates are persistently high.  Solicitors are preparing to act against nine trusts accused of neglecting elderly patients.  You might like to remember all of the above facts in considering the alleged virtues of rationing and socialised medicine.  Come to England; we know how to do it, we know how to deliver health care with dignity and comfort.  There again you might be better advised to go to a charity hospital in France.
The dread of hospitals probably still survives among the very poor, and in all of us it has only recently disappeared. It is a dark patch not far beneath the surface of our minds. I have said earlier that when I entered the ward at the Hôpital X I was conscious of a strange feeling of familiarity. What the scene reminded me of, of course, was the reeking, pain-filled hospitals of the nineteenth century, which I had never seen but of which I had a traditional knowledge.
Ah, George; the future is not a foreign country; we do things pretty much the same here.