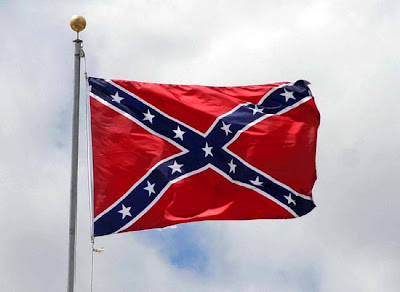 Barack Obama has seen fit to lecture us benighted Brits on the value of the European Union.  I have only one observation: I do so wish that he would stick to his own Union and not ours.  Does he not have troubles enough on his doorstep?  Perhaps he might care for a few helpful tips on managing his own affairs?  Would he welcome such a thing?  I rather think not.

He's a bit worried, you see, by Prime Minister David Cameron’s proposed in out referendum on British membership of our less perfect Union.  His administration has gone so far as to ‘warn’ (good word) our government against secession.  Has Obama, by chance, started to wear a stove pipe hat?  There he is, hoping that the mystic chords of memory will swell as they are touched by the better angels of our nature, that and a word or two from him.

My mystic chords are starting to hum.  I’m a secessionist; I want the bells of Charleston...sorry, London, to toll that day when we are once again free as a nation.  I want to be the first to fire on Fort Sumter, now conveniently located in Brussels.  The better angels of my nature tell me that the European Union is an affront to liberty, an affront to everything this nation stands for; an affront, for that matter, to everything America once stood for.  Quite frankly I can’t stand it; I can’t stand the bureaucrats and apparatchiks, the foreigners who exercise more control over our destiny than our own Parliament.  If Obama thinks it is possible to fool all of the people all of the time then he is wrong. 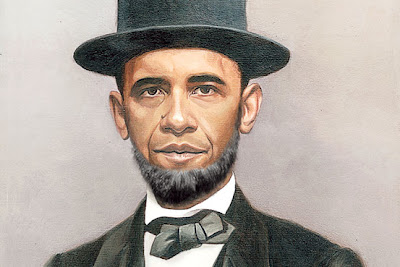 But he can stand it, sitting in Washington, knowing not the first thing about this country or Europe.  Apparently he has raised the issue personally with Cameron.  A strong Britain in a strong Europe is in “America’s national interest.”  Oh, really? Well, then, let me return the favour – “Mister President, it is in the British national interest for a strong America remains a member of the North America Free Trade Agreement (NAFTA.)”  Now, just imagine the reaction to that!

Obama’s earnest desire that the British people are not allowed a vote on their future, just in case that such a vote proves contrary to the ‘American interest’, has a long history in his administration.  Three years ago Vice President Joe Biden (what a perfect foil against presidential assassination he is) visited Brussels, ludicrously describing the place as “the capital of the free world” and the European Parliament as the “bastion of European democracy.”  He went on to compare it with the US Congress.  To that I say he understands little about his own political process and nothing at all about ours.

But, please, please witter on, Joe.  As Neil Gardiner noted in the Telegraph, Obama and Biden’s views on Europe “are as relevant to British voters as the futile ranting of Herman Van Rompuy or Jose Manuel Barroso, and will only serve to reinforce the determination of millions of Britons to throw off the shackles of Brussels.”  If that’s the case then they are to be welcomed!

American liberals, so I believe, think that the EU is a jolly good thing, a beacon of benevolence, an icon of peace, fairness and equality, as Lionel Shirver ironically observed in the latest issue of Standpoint.  Criticising the EU, she goes on to say, is like “drawing horns on Nelson Mandela, or making lewd thrusting hand gestures at Aung San Suu Kyi.”

Do they know, do you know, what incorporation in this Union actually means?  Well, let me tell you this – the Southern Confederates of 1860 and 1861 had not a fraction of our grievances.  Let’s play a game, one which may help to focus things just a shade or two better.  Just imagine if the United States was part of a super national Conglomerate, incorporating both North and South America.  Just imagine the capital of this Conglomerate is in, say, Mexico City.  Are you ready?  OK, then, now we are set to go.

There are so many aspects of your national life that are controlled from south of the border, down Mexico way.  Traders face severe legal penalties if they use any other than the metric system; so forget about your quarter pounders.  Washington has no control over immigration policy or the nation’s territorial waters; foreigners and foreign fishermen can come and go as they please; that’s all to the good, because Guatemala and Honduras are about to join the Conglomerate, thousands and thousands already looking hungrily towards your vanishing border.  Your law making bodies are no longer sovereign; even judgements by the Supreme Court can be overruled.  By the lights of the American Court of Human Rights, based in Bogota, even foreign terrorists will be allowed to remain, living for years on public support, because they have a “right to a family life.”  If, for any reason, the government offers the people a choice on some aspect of the Conglomerate’s policy, then, if the result is a negative one, the people will be asked to vote again and again until the people get it right.

You think this is a joke, that things could not possibly go to this extreme?  It might be a joke for you; I assure you it is not joke for us.  The EU, contrary to Biden’s BS, is not the beacon of democracy but its shadow.  The European Parliament is not Congress but a hugely corrupt sinecure.  European democracy is a pretence, a hollow shell, eaten from the inside by termites.  It’s not the people who decide on the great issues of the day but the bureaucrats.  Manuel Barroso, the bureaucrat-in-chief who heads the Commission, is a former Maoist, which may give some insight into the political techniques he favours.

People of my generation have never had a say in whether we want to be part of the EU or not.  The last vote we had on the subject was in 1975, so only people of my parents’ generation have had a choice on something that is of fundamental importance to us all.  And that referendum, I should add, was based on dissimulation, evasion and outright political fraud.  Mother and father voted yes then; they will not vote yes now.

I have no interest in the American interest.  I have an interest in my own interest, an interest in my future and the future of my nation, which is precisely why I want out of this corrupt and deadening Leviathan, this contemptible Union.  For all these reasons and more I’m a secessionist.  Obama can go hang and, for good measure, let the EU drop with him.  Meanwhile I shall sit on my hands and whistle Dixie.
Posted by Anastasia F-B at 16:34