Tim Yeo is NOT a Corrupt Bastard Do you ever wonder about political corruption, about those who use positions of power to advance their own venal interests?  I imagine it’s an issue that concerns most people, the declining standards of honesty in public life.  It’s always been with us, of course, but there was a time when it took effort to uncover dishonesty and the abuse of office.

Now the corrupt are able to drape their dealings quite openly in some fashionable theory or other, avoiding all conflict of interest and crisis of conscience.  How convenient when one no longer has to justify one’s financial wheeler-dealing; how convenient when enrichment is aided by theory and by fashion.

Just think of Timothy Yeo.  For those unfamiliar with the British political constellation, he is one of the stars in the Tory firmament, presently among the luminaries of our tree-hugging Coalition government, out to save the planet, regardless of the cost.  Oh, but no cost to Yeo; just the contrary; it’s rather a nice little earner. Rather conveniently for him, and for his bank balance, he is the Chairman of the Commons Select Committee, a powerful and influential voice.

Green policies and wind farms are a jolly good thing, he thinks.  Is there any surprise here?  He earns £65,000 ($98,500) as a Member of Parliament, not a lot, you may very well agree, not a lot for a man like Yeo.  Not to worry: this was supplemented last year by those who appreciate the true value of the Yeo factor.  It was supplemented, to be exact, by an extra £136,000 ($206,000), enabling the poor man to live in a manner to which he clearly has become accustomed.  This, I should add, for a minimum of work.  More, really, for his windy presence. 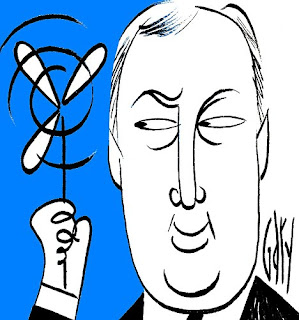 So who are these Yeo philanthropists, you ask?  Would it surprise you to know that they are all green?  Oh, not green in judgement, just green in interest, keen in ensuring that environmental friendliness remains one of the great political and policy stalwarts of the day.  For as Tim gets rich they get richer - ‘green’ companies like AFC Energy, Eco City Vehicles and TMO Renewables.

On his paymaster’s behalf – sorry...in the interests of all of us, at least for those who are not green with envy, Yeo has moved an amendment to the present Energy Bill that will add even tighter targets on the amount of carbon dioxide that can be emitted by generating power.  A holy green alliance has been formed.  Alongside Yeo and his shadowy backers (where does their money come from?  Who are the investors) there are the usual suspects, the usual variety of nauseating green lobby groups, Socialist and Liberal MPs and others who are likely to ensure that the amendment is adopted.  The irony of making the rich richer and the poor poorer seems to have escaped the Parliamentary Labour Party.  Yeo’s amendment will mean ever higher energy bills, energy beyond the means of many of the elderly, many more of how will die in future of hypothermia.  I urge you, do not grow old in our brave new energy world.  Oh, but the greater cause of Yeo is such a noble end, worth a few casualties along the way

Two years ago I wrote an article on the spread of wind farms (Whistle down the wind, 31, May 2011) in which I made the following points;

And all this for what, all this disruption, all this stupidity for what? We see our land destroyed, we see the economy weakened, jobs lost or exported elsewhere; we see an ever greater burden of taxation for what?

Well now I know – it’s all for the benefit of Yeo!  Speak out as much as you want; it will make no practical difference.  Professor Gordon Hughes of Edinburgh University has spoken out, saying that even without the amendment the long-term consequences of the Bill will be horrible (his word).  “It’s a recipe for deindustrialisation”, he added.  “Either we get rid of this obsession, or we give our future to the rest of the world.  The question is whether we are serious about our economic future or not.”
Tim Yeo is serious about his own economic future, just as he is serious about keeping wind farms away from his own immediate neighbourhood.  The rest can go hang, which a great many may very well do in future, when the alternative is a slow death by cold. 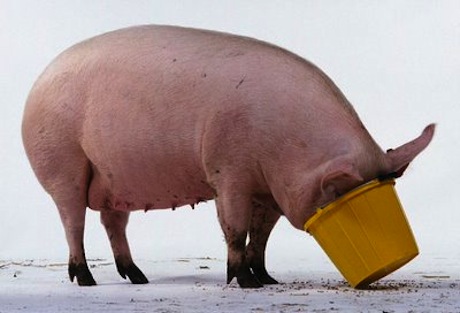