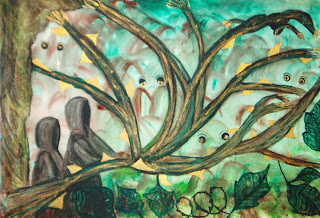 “There are more things in heaven and earth, Horatio, than are dreamt of in your philosophy.” so Hamlet tells his old friend and intellectual sparring partner in the play. Actually there are more things in heaven and earth, particularly earth, than are dreamt of in most philosophies. Shakespeare knew this; for he was in possession of a wisdom and understanding long vanished, sublimated under a heavy defensive crust of rationalism.
Let me give you some more words, this time from A Midsummer Nights Dream, the most magical of the bard's plays, full of mystery and music. The words in question are those of Puck, also known as Robin Goodfellow;
Now it is the time of night
That the graves all gaping wide,
Every one lets forth his sprite,
In the church way paths to glide.

Perhaps you know the play well, seen it performed or even performed in it yourself. I did, when I was at school. When I was fourteen years old I was Titania, Queen of the fairies. Ever since it has had an abiding fascination for me, particularly some of the more enigmatic lines. Do you know, for example, what a church way path is? I didn't that midsummer of my teens. I do now; I have done for some time.
I'll tell you in a bit, but first a word on ancients paths or roads. Alfred Watkins was an amateur archaeologist born in the county of Hereford on the Welsh border. The Welsh name for Hereford, incidentally, is Henffordd, meaning an old road, a striking coincidence, considering that old roads were to have a major impact on his life. In the early 1920s, while examining some county maps, he noticed that various ancient sites, including barrows, standing stones and stone circles seem to occur in an exact alignment. Straight lines could be drawn between them. Looking deeper, he subsequently found that old churches built atop pagan shrines could be similarly aligned. 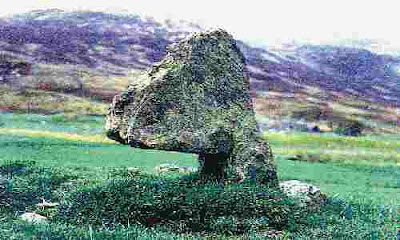 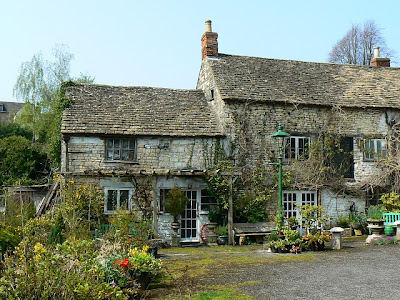