A Culture of Fear 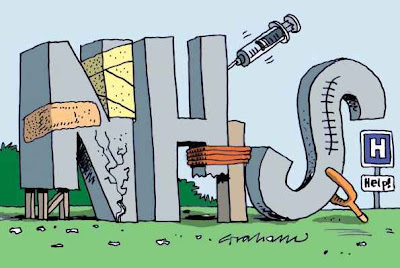 I wrote recently about the atrocious case of Stafford Hospital, a place where hundreds of patients are now thought to have died needlessly as a result of mismanagement, negligence and incompetence. Mismanagement, negligence and incompetence seem to have become the three wicked fairies haunting the state-funded British National Health Service (NHS). The scandal caused by their malevolent magic is now all but impossible to disguise.
The attempt has been made, though. The rot here goes high; it goes high as Sir David Nicholson, the former communist who is now Chief Executive of the National Health Service.  He recently made it plain that he had no intention of resigning, despite the damning and damaging report on Stafford Hospital, detailing abuses committed under his watch. But now the dam has burst; now we know of even further abuses that he chose to ignore.
In 2010 Gary Walker was sacked as the chief executive of the United Lincolnshire Hospital Trust in the east of England. The reason given was that he swore openly at meetings, which seems pretty flimsy on the face of it. Swearing or not, he was given a very generous severance package - £500,000 ($775,000) is not to be sworn at. It now appears that this money really was meant to shut his mouth. 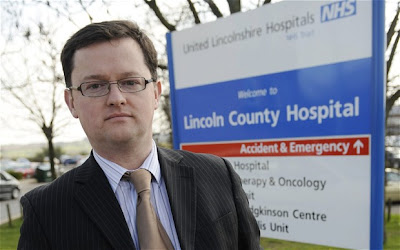 The year before Walker was sworn off he raised concerns with Sir David over the standard of care in Lincolnshire hospitals. It seems that close on 700 patients may have died needlessly as a result of poor care. More were at risk. His warnings were ignored by Sir David, allegedly because he was “not interested in patient safety.”
He may not have cared about patient safety but he certainly cared about swearing Walker to silence. As part of his Midas handshake, he pledged to keep his concerns to himself. It was not, perhaps, a commendable choice on his part but his conscience got the better of him. His silence has been broken despite emails from NHS-funded lawyers warning him to keep to the terms of the 2010 agreement.
Speaking to the Daily Mail Walker said “I want David Nicholson to be held to account. I warned him that this was going to happen. I warned him that Lincolnshire was going to become the next Mid Staffordshire. He didn’t investigate those concerns, and now look what’s happened.” He went on to refer to the “culture of fear” within the NHS, something that seems to have been part of Nicholson’s management style.

United Lincolnshire Hospitals is one of fourteen trusts presently under investigation for negligence in the wake of the Mid-Staffordshire revelations about death under care. Gagging is clearly no longer an option. But Walker’s honesty has placed him in an invidious position;
I stand to lose everything if they sue...Now I risk having to repay more than the settlement because I could be liable for the Trust’s legal fees. I face ruin. But if it’s got to the stage where thousands and thousands of patients are dying needlessly in NHS hospitals and the government says no one’s to blame, someone needs to stand up and be counted...I lost my career, my partner of six years and most of my assets challenging my dismissal. But I would not lose my integrity.

Letters have now emerged written by doctors and staff at the Lincolnshire Trust warning that they were being coerced into treating patients in an unsafe environment and thus endangering their safety. High mortality rates were simply ignored and staff told that “targets must be met regardless of demand.”
The recent Francis Report on the Stafford Scandal might useful be subtitled the No One’s to Blame Report; for seemingly no one is to blame for the abuses and the atrocities inflicted on patients, from Nicholson downwards. But at least it recommended an end to gagging orders imposed on whistle-blowers. Gary Walker’s case has now been raised in Parliament. Stephen Dorrell, Chairman of the House of Commons Select Committee on Health, has said that he will be invited to give evidence. He went on to condemn gagging orders, describing them as “unacceptable in the NHS” and “against the public interest.
But that’s the thing: they clearly were acceptable, a part of a corporate culture that had little concern for the public interest or patient welfare. Speaking to the BBC Walker compounded an already heavy indictment against his former employers;
This is a culture of fear, a culture of oppression - of information that's either going to embarrass a civil servant or embarrass a minister. These are big problems. And if you consider that the people that have been running the NHS have created that culture of fear, they need either to be held to account or new people need to be brought in to change that culture.

On present indicators it seems likely that little will change. The corruption, the complacency and the laziness here go deep. In face of monstrous state bureaucracies like the NHS ordinary people, those who cannot afford private care, are effectively powerless, as much guinea pigs as they were in times past. Rather ironic considering that the whole institution is supported through their taxes. Here, perhaps, we have the true meaning of taxation without representation. 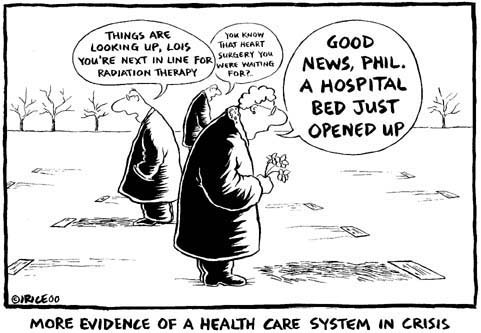