Various Conservatives in Search of an Ideology 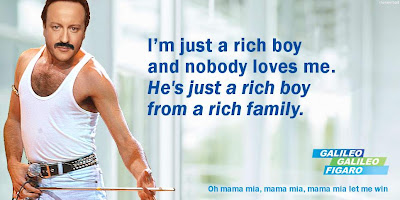 Six Characters in Search of an Author is a play by Luigi Pirandello, first performed in Italy in 1921. It’s an absurdist drama which might be said to have anticipated an absurdist turn in Italian politics the following year, when Mussolini did or did not march on Rome, creating his own incomprehensible drama.

David Cameron, our present Prime Minister; now there is another absurd little man. He is also the leader of the Conservative Party, for which he has penned his own drama – Various Characters in Search of an Ideology. Manicomio!, - Madness - the audience shouted at Pirandello’s premier. I doubt very many people will muster sufficient energy to pass any comment at all on the Cameron show. It’s really quite funny, though, in a sort of gallows-humour kind of way.

Cameron, as most people are aware (surely they are?), is a chip off the old Tony Blair block. He is a post-modern Tory who has forgotten, if he ever learned, the fundamental truth about the Conservative Party – it does not think; it does not do philosophy; it just is – it exists therefore it exists. But now, under the guidance of the Dear Leader, the Party is in search of an anchor; it looks to fix itself in a seabed of trendy and fashionable ideas.

Roger Scruton, who does a passable imitation of a traditional conservative thinker, as opposed to a Conservative thinker, has published a perceptive article in the March issue of Prospect. It’s headed Postmodern Tories: What does the Conservative party believe any more? Is it meant to believe anything, I ask? The answer is, yes; unfortunately it is. Nature, after all, hates a vacuum. His article is a reflection on two recent publications: Britannia Unchained, co-authored by a group of up-thrusting and young Conservative Members of Parliament, and Tory Modernisation 2.0, issued by Bright Blue, an organisation that apparently campaigns for reform within the Conservative Party. Where the Number 2.0 comes from I have no idea. Oh, well, maybe I do!

The authors of Britannia Unchained include Kwasi Kwarteng, Priti Patel and Dominic Raab, a measure of just how far the cosmopolitan and deracinated Cameron project has advanced in recent years. As some of you may have noted, I’m reading the Palliser novels, Anthony Trollope’s epic account of nineteenth century English political life and political attitudes. It’s put me in rather a nostalgic mood, longing for good old-fashioned Tory names like Sir Orlando Drought and Sir Timothy Beeswax. Alas, I fear I’m a hopeless case when it comes to post-modern modernisation. 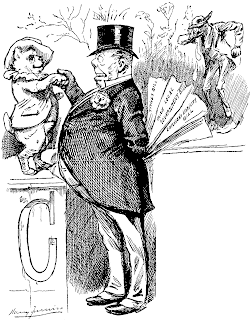 I’m getting away from the point, the point being Scruton’s article. The philosophy here is deep and difficult, he writes, but the rhetoric is easy. Matthew Arnold put it well: “...a very good horse to ride; but to ride somewhere.” Aye, there’s the rub. Where is this horse being ridden? Just about as far away from the bedrock of conservatism as is possible to get; as far away from Adam Smith, Edmund Burke and David Hume managed to get, those fossils whose accounts are of no account compared with the masterly analysis of Kwasi Kwarteng, Priti Patel and Dominic Raab, to say nothing of the Blue Group, whoever they are. Today’s winning rhetoric is all about ‘fairness’, ‘compassion’ and ‘cuddles.’ Who exactly is taken in by this rot? Honestly, I have no idea.

As Scruton says, even those on the right (right of what?) who believe that the long-term effect of this rhetoric is to make everyone dependent on the state, and the state dependent on borrowing from a purely imaginary future, will go on repeating it. It’s all about being caring, fairing and nice; it’s about hugging a hoodie; it’s all about singing Kumbaya around a vast communal bonfire. That’s not Scruton; that’s my own spin, my view of the Cameroons, situated in those tropics where intelligence simply melts in the heat. 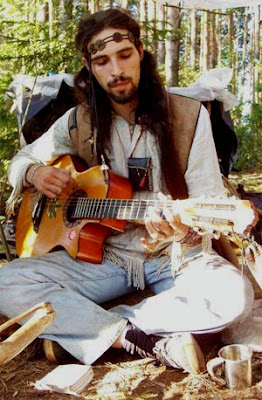 The Tory past is a foreign country; they did things differently there. The Tory past includes Sir Robert Peel, himself something of a moderniser. Peel was clear enough in his view:

By Conservative principles I mean ... the maintenance of the Peerage and Monarchy — the continuance of the just powers and attributes of King, Lords and Commons in this country ... By Conservative principles I mean that, coexistent with equality of civil rights and privileges, there shall be an established religion and imperishable faith and that established religion shall maintain the doctrines of the Protestant Church ... By Conservative principles, I mean ... the maintenance, defence and continuance of those laws, those institutions, that society, and those habits and manners, which have contributed to and mould and form the character of Englishmen.

Now just imagine ‘Call me Dave’ thinking or speaking like that! Call me Dave calls to the founder of modern Conservatism, saying that he supports gay marriage not in spite of being a Conservative but because he is a Conservative. I suppose it’s a measure of just how healthy the Party is now under his Gay Watch that he is receiving all sorts of helpful advice on ‘modernisation’ from publications like the New Statesman. It’s quite understandable from their point of view, a meaningful political strategy. After all, why bother attempting to deconstruct and destroy the Conservative Party when its leader is doing such a first class job? Just help them bit by bit along the road to modernisation and electoral oblivion. This first class job, incidentally, includes the deconstruction of England itself, a project begun so admirably by Tony Blair.

Those are only some of the problems faced, now, by the Conservative party in its search for a defining philosophy. Demographic changes, highlighted by the recent census, further emphasise the difficulty in reformulating the philosophy of “us.” Far easier, you might think, to replace “us” with everyone, to dissolve the country and its culture in the abstract idea of human rights, and to march with Nick Clegg into a transnational future, leaving England on the dust-heap of history. That, in effect, is what the “modernisation wing” of the Tory party is hoping for—a new kind of conservatism which conserves nothing, changes everything, and is guided by the very same rhetoric of equality and human rights that shapes the left-liberal agenda. If that is where we are, then conservatism is dead.

That, Dear Roger, is exactly where we are. Conservatism, at lest insofar as it is embodied in the modern Conservative Party, is dead. What we have in its place is a Party committed to a loose amalgam of trendy metropolitan causes, as trendy and as metropolitan as those who pen advice on modernisation, on forms of political innovation that nobody beyond themselves has any interest in, apart from the liberal left, that is, who see a chance of nailing Conservatism forever.

There is a tiny ray of hope. Conservatism in the small c sense isn’t dead; it’s too much a part of the English character for that. But it has no effective voice in the representative bodies of our nation. Real conservatism has been defined as ‘nasty’ by the persuasive pundits who now supposedly speak from the right.

And me? I’m opposed to Cameron not in spite of being a conservative but because I am a conservative. I would never dream, though, of being a Conservative, not now, not at any time in the foreseeable future. My mind is too empty and too nasty for that, too lost in the past. Apart from that, my name isn’t foreign or cosmopolitan or post-modern enough. 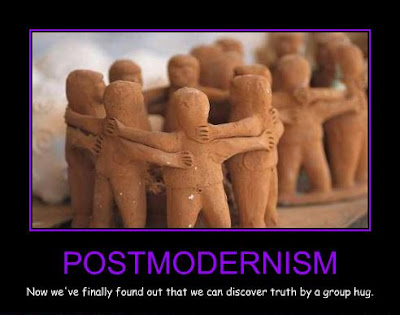