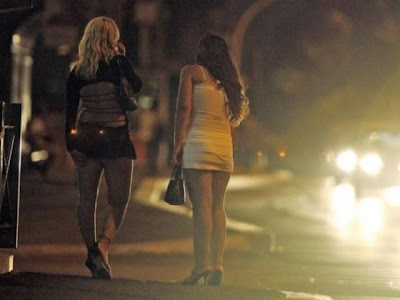 Has it never struck you as odd that the world’s oldest profession has no professional qualification?  If doctors and lawyers, the second and third oldest, have recognised occupational standards why not prostitutes?

Well, yes, I know; the intuitive response must be - who needs this?  Sex, after all, is the sort of thing that comes naturally.  We all like to think we can do it, free of instruction, at least with a little, ahem, hands on practice.  In prostitution practice surely makes perfect.

But this is all wrong; at least it is according to Trabajo Ya! (Work Now), a prostitution school set up in the Spanish city of , the first in the country.  It offers, according to its prospectus, a “basic instruction in professional prostitution with maximum discretion”, all at a reasonable $120 fee for a week-long course.

Students of both sexes are offered training in the Kama Sutra, the use of sex toys and the best posture to please clients.  Daily two hour theory and practice session, the script goes, “will almost certainly guarantee work afterwards.”  Yes, of course, the more discerning clients are bound to want to examine the graduate diplomas.  After all, those who dabble in the complex contortions of the Kama Sutra (have you looked at it?) really have to know their stuff, otherwise serious injury may result.

Alas, no sooner had the school opened, attracting some ninety-five students, than it occurred the ire of the Valencian regional government, who filed a case with prosecutors.  The allegation was that the school promoted prostitution, which is illegal in .  A school for prostitutes that promotes prostitution; my, how shocking.  Next the accusation will be raised that medical school promotes doctoring!

Actually, like across so much of , prostitution is one of the grey areas of the law.  Paradoxically prostitution itself is not illegal, just the promotion of prostitution.  In the women and men in the trade are not generally penalised, though pimps can be fined or jailed.

Last week the Valencian case was thrown out by the courts after prosecutors said there was not any evidence that a criminal offence had been committed because advertisements for students did not promote prostitution, constitute fraud and were not aimed at minors.  Perhaps the local government went about things in the wrong way.  They may have had better success if the school had been accused of pimping!

Brendon Morales, one of the teachers at the school (or is that professor?), who has been in the trade for nine years (prostitution, that is, not professing), says that the course is positive.  “I want to give a guide to people who want to join this profession”, he said.  “Prostitution is still a taboo in , but the whole world knows it exists.  I want to inform prostitutes so they don’t depend on anyone but they do it for themselves.”

The promise is that what the students learn in class will enable them to earn a lot of money, very easily (easily!) and very quickly.  “Although 'the beautiful get more work, don't count yourself out if you're ugly; the important thing is attitude.”  You bet it is!

The attraction is obvious, given the level of unemployment in , given that a struggling and low-value economy is absurdly tied into the inflated and high-value euro.  Perhaps a case could be made that the biggest pimps of all are those who manage the European Central Bank.

Anyway, the school for scandal is true to its word.  Graduates are offered immediate employment – they become teachers in the school, where they can help in the ‘practical’ classes.  Practical classes? – hmm, no, I think it best if I don’t go there.  I’ll leave it to your imagination. 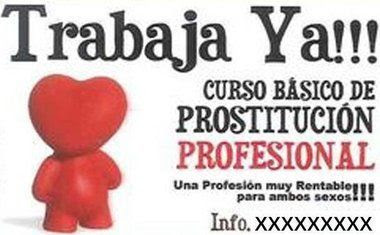