Dumb for the Dumber 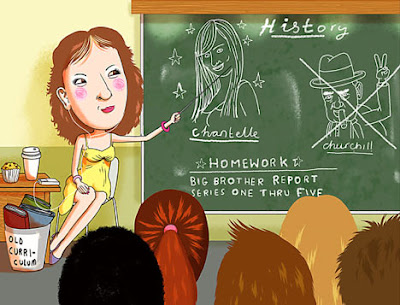 It’s as predictable as spotting the first cuckoo of spring.  No sooner has the television news broadcast students celebrating success in the annual school examination round than a reaction follows, a wave of laments over ‘dumbing down’ and the general decline in standards.  The whole thing is just too absurdly easy, the cry goes up, as universities struggle to winnow out a superabundance of hopeful candidates.
Now Michael Gove, the Education Secretary, has said hold, enough!  The General Certificate of Secondary Education (GCSE), taken at the age of sixteen, is to be replaced with an English Baccalaureate, placing far greater emphasis on traditional ‘hard core’ subjects, away from the soft social studies porn favoured by school boards anxious to make their mark on league tables, things which measure quantity rather than quality.
It’s a start, I suppose.  The aim, apparently, is to restore faith in the examination system, to stop schools ‘teaching to the test.’  “It is time for the race to the bottom to end,” said the Education Secretary. “It is time to tackle grade inflation and dumbing down. It is time to raise aspirations, restore rigour to our examinations and equip children for the 21st century.”
I admire his courage.  He has set himself a Herculean task that will need more than a little labour to compete.  Ah, Labour, yes, there is Labour, slavering away in the wings.  Falling off the tree, Stephen Twigg, the shadow education secretary, contradicted Gove, saying with machine-like predictability that the plan will not work, that it does not meet the needs of society or the modern economy.  “We need to face the challenges of the 21st century,” he said. “I don’t accept that we achieve that by returning to the system abolished as out-of-date in the 1980s.”
Instead we will have more of the same, those pictures of jubilant students, with excellent grades in all sorts of media studies, who turn up for employment, fully armed…and unable to express themselves in the most rudimentary forms of written English.
Yes, a Herculean task because the damage goes back decades, further back than the 1980s, right back to the trendy educational theories of the 1960s, right back to a wholesale campaign to destroy the grammar school system, no more than an act of petty spite which, paradoxically, reduced the life chances of so many talented people from modest backgrounds.
I know that GCSEs were introduced by the Tories but the greater harm was the work of successive Labour administrations from the time of Harold Wilson onwards.  As one respondent to the Daily Telegraph report noted, it was Tony Blair’s government that reduced examination standards to the point where even that grade-A thicko John Prescott could pass.   If iron rusts what will gold do?
Passing, that was the thing; everyone should pass; no-one should fail.  But examinations are as much about failing as passing, otherwise why have them at all?  In passing almost everyone on the nod the whole point of an examination is lost, measures that measure nothing other than mediocrity and the great spirit of collective stupidity.  The best are not raised.  They are taken, rather, to the lowest common denominator, because common denominators are all that matters.  Whereas the Germans have been able to separate out academic and technical ability for over a century, with no loss to either, we could only cook up a soggy porridge, with loss to all.
University is not for everyone, academic excellence is not for everyone.  Let me be even more candid: there are those born to failure and no amount of tinkering and social engineering will alter that basic fact.  But this is a truth that dare not speak its name, at least in political circles, and of course among the wretched teaching unions, the dumb for the dumber.
Good luck, Mister Secretary; you will certainly need it.  Just one piece of advice – please be mindful of the fact that you cannot build a cabin without breaking twigs.
Posted by Anastasia F-B at 16:42