The Witch Camps of Ghana 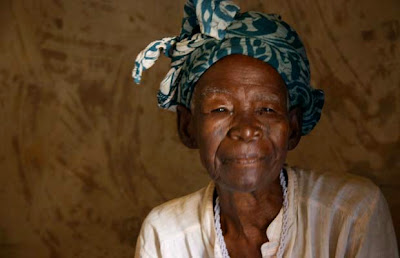 An article of mine on the scandal of witch refugee camps in the African country of has headed the most read list on BrooWaha for the past few days.  It was published there under the title No Country for Old Women.  I feel sure that it will also be of interest to my blog readers.

Perhaps you’ve visited in . If not, you may have been to Pendle in the English , another northern community. is well-known, Pendle less so, but both have a common link: they were the location of notorious seventeenth century witch hunts.

Now, of course, it’s all good fun, an opportunity for witch tourism. In one can enjoy the Haunted Happenings; in it’s possible to ride every . Both places have recreated the trials of the accused for visitors, interesting, educational and diverting.

In in up to a thousand women, most of them elderly, have been banished to remote camps in the north of the country. They include eighty-year-old Zeniebu Sugru, accused of being a witch after her nephew took ill and died. In fear of her life, she was obliged to take refuge in one of the six northern camps. Some of the women who live in these primitive places, without electricity or running water, have been there for thirty years or more.

BBC Radio recently highlighted the problem in a broadcast entitled No Country for Old Women. A number of people were interviewed, Zeniebu among them. Of the accusation against her she said “I knew it wasn’t true. I have never used witchcraft. But when I heard that they were planning to bury me alive in the boy’s grave, I knew I had to escape.” She did, eight years ago, leaving behind her grandchildren and all her possessions. There is little hope that she will ever be able to return to her former home in safety.

Samata Adulai is also in her eighties. She used to live in the in the south of the country, where she cared for her twin grandchildren while her daughter worked in the fields. One day her brother came to visit, telling her that her life was in danger: she had been accused of bewitching her niece after the girl died.

There was no possibility of facing down the charge: no, it was flight or death. “I was confused and filled with fear because I knew I was innocent. But I know that once people call you a witch your life is in danger and so without waiting to pick up any of my belongings, I just fled the village.”

Conditions in the witch camps are deplorable. Those who live in the settlement at Kukuo have to walk three miles each day to the River Oti for water, elderly people carrying heavy pots up and down hills. They survive by collecting firewood, selling bags of peanuts or working in local farms. “What is happening is an abuse of human rights”, said Adowa Kwateng-Kluvitse, the country director of ActionAidGhana. “The camps are effectively women’s prisons where the inmates are given a life sentence.” 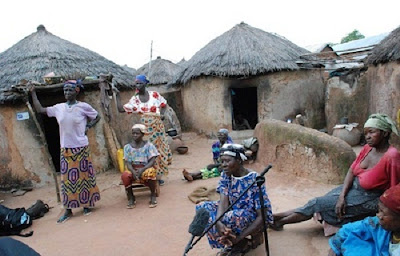 These witch camps seem to be unique to but the accusations of witchcraft are not. And it isn’t just a problem for women; children are targeted too, across large parts of Africa: in , , , , the Democratic Republic of Congo, and the . Lynchings are commonplace. The problem has even made it to . Two years ago in Newham in east fifteen-year-old Kristy Bamu was tortured and drowned in a bath by his sister and her partner attempting to exorcise ‘demons.’

There are some comparisons with past persecutions in Europe and . In most of the women in Kukuo are widows, accused and banished after their husbands had died. The suggestion is that an accusation of witchcraft is an easy way for other members of the family to take control of the property. “The camps are a dramatic manifestation of the status of women in ”, said Professor Dzodi Tsikata of the University of , “Older women become a target because they are no longer useful to society.”

The government, which sees these places as a blot on the country’s reputation, is anxious to disband the camps. There is one thing preventing this: the safety of the women returning home cannot be guaranteed. One form of insurance is to undergo a ‘cleansing’ ritual. At Kukuo, Samata Adulai obtained the services of one of the local fetish priests, to determine her innocence or guilt. In a special ritual a chicken has its throat cut. As it flutters around people wait to see how it will fall. It lands on its back, beak in the air. Smiles all round: the woman is innocent.

So much depends on the chicken. If it had fallen in any other way the ritual then proceeds to a potentially fatal level. If Samata had been declared guilty she would had to have undergone a cleansing ceremony, drinking a concoction of chicken blood, monkey skulls and soil. The exorcism is only considered effective if the woman does not fall ill within seven days. If she does, and survives, she has to do the whole thing again.

But even after this there is no guarantee that they will be accepted. So great is the fear of witchcraft, or the love of property, that not all communities are prepared to accept the return of the exiles. Once a witch, always a witch, so the view sadly goes. 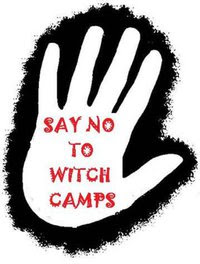