In Praise of Tolkien 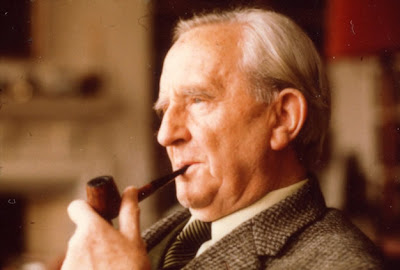 This is not a movie review.  All I will say is that The Hobbit, J. R. R. Tolkien’s slender prequel to The Lord of the Rings trilogy, has itself been padded out into a trilogy, of which An Unexpected Journey is the first part.  Bilbo’s journey is thus considerably longer than expected.  The yarn has been spun out, unnecessarily so, some might conclude.

Tolkien’s popularity might very well be said to be the nightmare of all the Marxist and sub-Marxist literati, forever perplexed by the obduracy of the Masses, who consistently refused to be impressed by such groundbreaking works as The Intellectual Eunuch or Revolutionary Thought for Infants.  Edmund Wilson, that political fraud and fellow traveller, once dismissed The Lord of the Rings as “balderdash” and “juvenile trash.”  By the end of the last century that selfsame “balderdash” and “juvenile trash” was crowned in a survey by English readers as “the greatest book of the twentieth century.”  I expect it was all just a massive case of false consciousness.

Now I do not want you to think I’m a Tolkien groupie, one of the army who believe that the Master is beyond all criticism; I’m most assuredly not.  I do not think that The Lord of the Rings is ‘the greatest book’ of the twentieth century; far from it.  For me it’s too much of a boy’s own world, a muscular masculine mythology created by a retiring don.  But I can understand the enthusiasm for Middle Earth, for hobbits, elves, dwarfs, wizards, trolls and orcs.  I can understand, above all, the enthusiasm for The Shire, really an idealised , Merry England, if you like, of a mythical and pre-industrial age.

George Orwell would have understood this.  In the second part of The Road to Wigan Pier, a journey into ’s industrial north in the 1930s, he discusses the problem of socialism.  In his view socialism, as a cure for the ills of the time, was a jolly good thing.  Even so, he was objective enough to understand that, as a political philosophy, it was deeply repellent to ‘spiritually sensitive’ people.  Why?  Simply because socialism, as he puts it, is essentially an urban creed.  It’s also a creed bound up a theory of endless mechanisation, in the worship of machines.  It must lead to some form of collectivisation; it demands things that are “not compatible with a primitive way of life.”

Middle Earth is a ‘primitive way of life’; life in The Shire is harmonious and primitive, at its most benign.  Tolkien spins a moral fable not just of good and evil, but one in which evil is represented as the antithesis of nature.  The orcs are not born; they are tortured into existence, manufactured, if you like.  They serve as the helots of industry.  Who can forget that scene in The Two Towers, the second part of Peter Jackson’s Lord of the Rings movie trilogy, where Saruman, the evil wizard, muses on the future of Middle Earth?  As his orcs are busy destroying , the trees to be used as fuel in subterranean manufactories, he sees a new world arising, a joyless world where all are subject to the machine.

In a recent article in the political journal Standpoint (Why do precious leftists loathe Tolkien’s Shire?), David Platt drew my attention to A. N. Wilson’s Age of Elizabeth II.  This opens with a tribute to Tolkien, whom the author regarded as the “towering English literary genius of the Queen’s reign.”  For him Tolkien, in his gloomier mood, presaged the post-war destruction of English life, the dismantling of our cohesive social conventions.  The Shire is the yeoman republic, faced with the onward march of industry, urbanisation and deforestation.

Tolkien’s political message is clear enough.  Those familiar with the novels will be aware that left out an important postscript in his adaptation of The Return of the King.  The Ring of Power has been destroyed.  Their quest completed, Frodo and the other hobbits return to the Shire, hoping to recapture a home that history has passed by.  But it has not.  Saruman has come.  As Platt says in his article, a collectivist and totalitarian regime has been imposed on the Shire folk, one that is subsequently overthrown in a popular coup.  The attack on post-war socialism could not be more direct.

Tolkien!, thou should’st be living at this hour: hath need of thee.  Just imagine what he would have made of the Shire now; just imagine what this professor of Anglo-Saxon and advocate of Beowulf would have made of our yeoman republic in its senescence.  How he would have loathed our world of political correctness, regulation and shabby acronyms, a world where political labels like Conservative, Liberal and Socialist have become practically meaningless as one movement melds into another, as merges more and more into a ghastly Continental Mordor, watched over by the Great Eye of Brussels.

So, yes, Tolkien speaks to the conservative in all of us, regardless of our particular politics.  He speaks to all those who reverence the past, all those who despise theory, anything contrived and artificial.  In a deeper sense he speaks to all those who have a love of and its ancient folkways.  OK, I confess to a personal lack of realism here, nostalgia for things that perhaps never were, for an of wolves, of fens and of myths, an where Grendel still broods in the marsh. But I prefer that to Greer and all her howling eunuchs. 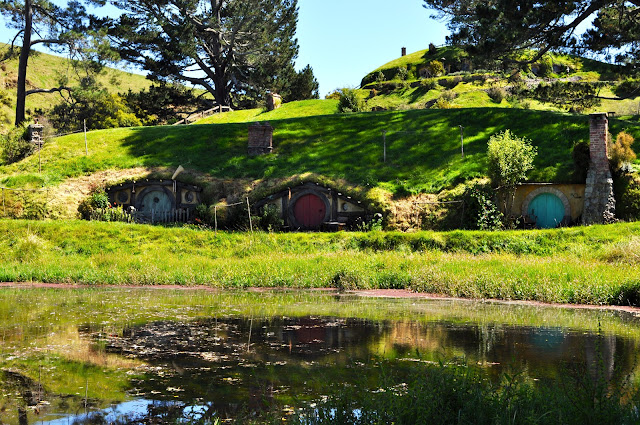