If the Sun Rises 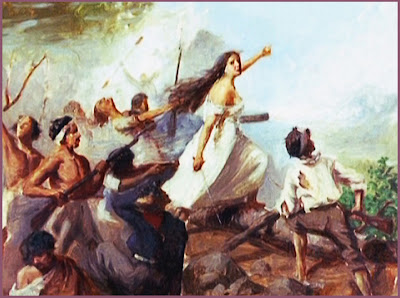 In June of last year the Paraguayan Congress removed Fernando Lugo from the presidency.  This red bishop and so-called ‘liberation theologian’ was impeached for various offences.  Predictably the move was immediately denounced by the leftist regimes in , and , who described it as a ‘coup.’  was immediately expelled from Mercosur, a local trading block, the recommendation being made that it should also be expelled from the Organisation of American States (OAS).

That same month Hugo Saguier, ’s ambassador to the OAS, came out fighting.  Speaking directly to the representatives of , and , he said “If you want to form a new Triple Alliance go ahead.”  In a moment of passion he had conjured up one of the blackest spectres in South American History – the War of the Triple Alliance.

It began in 1865, just as the American Civil War was coming to an end.  Like that conflict, it was to last for five bloody years, years which saw the decimation of .  Federico Franco, ’s successor as president, recently referred to the war as a ‘holocaust.’  This is a word that has suffered from a serious dilution of meaning, but in ’s case it may very well be justified.

The country’s enemies were the same as today - , and .  Today is of little importance in international and regional power politics.  It was different in 1865.  Then the country was rapidly emerging as a dominant economic and political force.  Unfortunately it was governed by one Francisco Solano López, a vainglorious individual with a Napoleonic ego, one far too big for his little land-locked nation.  For the greater glory of López the country found itself at war with a trio of local enemies, leading the way. 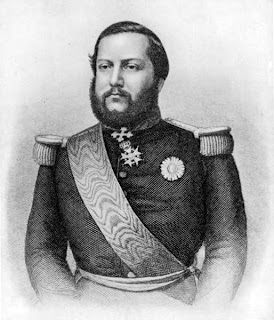 This was a David and Goliath struggle but the victor was not David.  For the participants the conflict rested on a single point of honour: for the allies López had to go; for López López had to stay.

Unfortunately for him could not match its opponents, either in soldiers or in modern armaments.  But even after , the capital, fell in 1868 López would not give up.  Facing external enemies, he also imagined enemies within.  In a mood of paranoia, he had thousands of supposed opponents imprisoned and tortured, including his own mother and sister.  His brother was among the hundreds executed, many cut down by lance to save ammunition.

Every man who could be mobilized was mobilized.  No work was done in the fields, mass starvation along with disease being added to the country’s misery.  In a last desperate attempt to stave off defeat López recruited an army of children.  In a move that would be bizarrely comic if wasn’t so tragic he armed them with sticks painted to look like guns and made them wear false beards.  With their uniforms worn to nothing, the child army fought naked.  In one battle 2000 perished, the anniversary of which is celebrated in modern as Children’s Day.

The war finally came to an end in March 1870, when López was cornered and killed.  “I die with my fatherland”, he is alleged to have shouted, arguably the most honest statement in his entire life.  For was all but dead.  Although it cannot be established with certainty it is estimated that 90% of the country’s male population had perished in the course of the conflict.  By 1870 only 29,000 males over fifteen were left.  According to one observer the survivors were “living skeletons…shockingly mutilated with bullet and sabre wounds.”

Oddly enough, given the suffering he had inflicted on the country, López eventually rose from the grave as ’s national hero, a symbol of indomitable resistance.  In the 1930s, after a victorious war with , the country’s other neighbour, his remains were moved to a shrine in .  The celebration of López reached new heights during the lengthy presidency of Alfredo Stroessner, a sort of modern incarnation of the country’s single-minded cuadillo.  In the recent Mercosur conflict  López was invoked as a symbol of national pride and independence.  “We won’t accept foreign tutelage”, said President Franco.  “This is a poor but dignified country”, he continued.  “It’s poor as the result of an unjust war.”

The depopulation of had interesting consequences.  Various post-war governments tried to attract immigrants, offering free passage and land.  Utopian colonies sprung up, including Nueva Germania, established by Bernhard Förster and his wife Elisabeth Förster-Nietzsche, the sister of the philosopher.  It was here in 1931 that the descendents of the settlers founded the first Nazi Party outside .  Josef Mengele, the infamous camp doctor, was later to find temporary refuge in a colony that, despite its German associations, had long since merged into mainstream Paraguayan culture.

The chief legacy of the War of the Triple Alliance is a prevailing mentality of victimhood, of a country and a people subject to the vagaries of circumstances, of forces beyond their control.  This finds an echo in Guarani, Paraguay's main language.  In this future time is uncertain.  The word for tomorrow, for example, simply means “if the sun rises.”  Let’s hope that the sun continues to rise on . 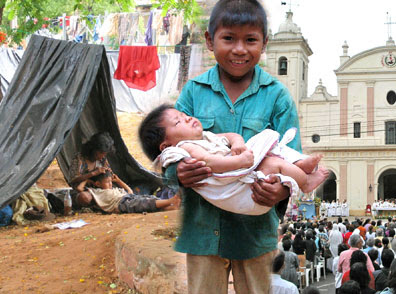