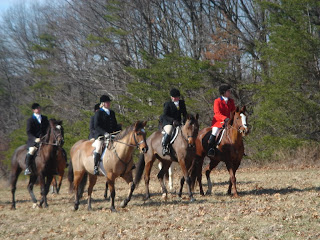 I was out on the Boxing Day hunt, the first time this great occasion on the hunting calendar has been unmarred by the weather for two years past. I was out with an estimated 300,000 people, attending 300 hundred hunts across the country. Some were there as riders; others just to enjoy the spectacle. I say the event was unspoiled by the weather; it was also unspoiled by the killjoys and snoopers, the dirty mac brigade who have marred previous occasions.

Of course we are no longer allowed by law to pursue the fox itself, ever since the ghastly Labour government of the ghastly Tony Blair (oh, how I would like to hunt him!) introduced the Hunting with Dogs Act in 2004, a piece of legislative spite based on the worst forms of inverted snobbery and incomprehension. Instead we now have to pursue an artificial trail, a ‘drag hunt’, a bit of a drag, really.

Oh, foxes are still killed aright, but they are fortunate if they are killed ‘accidentally’, getting in the path of the hunt. Otherwise these animals, defined as vermin, a danger to the rural economy, have to be killed in a variety of ways, including snaring and gassing, which only serves to prolong their suffering, a ‘mercy’ inflicted on them by those canting hypocrites who pride themselves on their dislike of animal cruelty.

The government of David Cameron is committed to holding a free vote on the possible repeal of the 2004 Act, when ‘time allows’. I rather fear that it’s not going to be allowed in the present Parliament. One understands that there are other priorities just at the moment, but one also has the feeling that the – foxy – Liberal Democrat tail is wagging the Conservative dog, or at least wagging Cameron.

In the meantime I’m delighted to see that George Freeman, a Tory MP, has come out suggesting that a parliamentary inquiry should be held to prove the case for repeal. Reported in the Telegraph he said;

I am pleased that the Government has committed to a free vote on the ban in its Coalition Agreement. But before we have that vote let’s set up a parliamentary inquiry to find out what effect the ban is really having. All the anecdotal evidence is that the ban is bad for animal welfare, bad for the countryside, bad for the rural economy and a waste of police resources. Let’s look at the evidence properly so we can decide on repeal on the basis of the facts rather than political bigotry and class war against the countryside.

Anyway, my meet was a real John Peel occasion. It was such a delighted to be there, riding with mother and father and the other person who is closest to me in the whole the world. Yes, it was absolutely thrilling, to ride, to chase, to hunt, to be young and to be alive. I will continue to ride with the wind, to enjoy the freedom of the English countryside, to preserve an ancient tradition, to preserve liberty itself.