The majority is always wrong 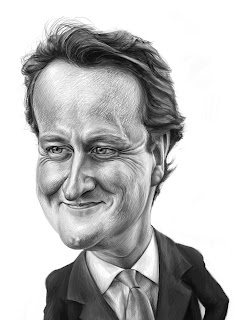 “Heavy fog in the Channel – Continent isolated”, so a headline in an unspecified newspaper at an unspecified time is alleged to have gone. True or not, it immediately came to mind when I read the reports that a mouse had roared; that David Cameron had said no to the latest scheme to shore up the crumbling euro. After surrendering so much over so many years we, as a nation, were finally fighting back.

Yes, he really did say no, exercising a British veto for the first time ever. We stand alone but we have, throughout our history, a proud tradition of standing alone against excitable French and German bullies. Personally I welcome the rediscovery of Splendid Isolation, a splendid policy for a splendid period in our national story.

This for me was a reverse Neville Chamberlain moment – there will be no appeasement, appeasement of the likes of France’s President Sarkozy, a man I find more laughable by the day, and Angela Merkel, Germany’s pig-like Chancellor.

Despite their differences the pair seem to blend into one another, the German woman and the French man, the pig and the frog - Merkozy, a monstrous synthesis that might very well have been tortured into existence on the Island of Doctor Moreau!

This is the Minotaur of the new European Union, a new Thousand Year Reich in the shaping, that looks set to end the forms of democracy and direct accountability that at least some on the Continent fought so hard to attain in the first place.

I’m going to come to this in a moment but first a few words on Cameron’s stand. It was all perfectly simple: he gave assurances to the government, his own party and the country beyond that he would not agree to a new European Union treaty that did not contain safeguards for Britain’s financial services industry.

This was hardly surprising, considering the amount of revenue the City of London generates for the Exchequer. But, no, Merkozy did not like this; the bumbling giant growled and slavered, whereupon David lifted his sling.

Now the other governments of the European Union, Britain apart, have to manage to form their ‘more perfect’ union in the best way that they can. All of them have agreed to a plan that that will allow for more centralised control of the tax and spending decisions of those countries that have the euro as their national currency, seventeen at the present. Why on earth those outside the euro have allowed themselves to be steamrollered into this is wholly beyond my comprehension.

Supposedly a way of introducing forms of fiscal discipline, the new arrangements effectively make a mockery of the last vestiges of national sovereignty. In future it really will not matter who the Greeks, the Poles or the Spanish vote for. The real decisions will be made in Brussels, not in Athens, or Warsaw or Madrid.

What irony there is in this; how strange it is to see history standing on its head. It makes a mockery of the Greek War of Independence, makes a mockery of that country’s struggle to re-establish itself after centuries of domination by the Ottoman Turks. And then there is Poland, a country served up as lunch time and again by the Germans and the Russians, a country that not so long ago freed itself from the one unrepresentative bloc only to cast itself into another, from Soviet Union to European Union. Democracy did not come easy to Spain, established by stages after the death of General Franco. It did not come easy but it’s going easy. At least Franco brought prosperity.

Setting the politics aside, the deal itself, another conjuring trick to reassure the financial markets, is little more than a promissory note – we will all be good girls and boys in the future. From the outset the euro was based on vanity, or the economics of the madhouse, I’m not sure which. It was based on the belief that it was possible to have monetary without fiscal union, that it was possible to bed down countries like Germany and Greece, the lion and the lamb, all for the best in the best of all possible worlds. Now we are to have fiscal union, a European Super State. The horse may have bolted but at least we have shut the barn door at last, is that not something? Meanwhile the debt gets bigger and bigger.

As for Cameron, well, bravo, that’s all I want to say, other than to remind him of some words from Enemy of the People, the play by Henrik Ibsen, that the strongest man in the world is the man who stands most alone, and that a minority may be right; a majority always wrong. 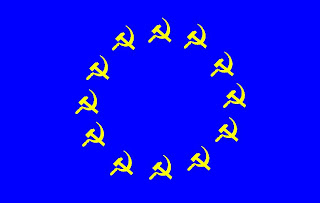