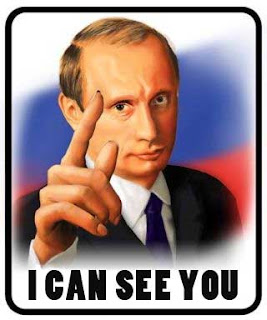 This is another article I wrote for Broowaha under the heading Putin’s Potemkin Democracy (subsequently stolen by a Russian English-language publication!). It was clearly written before the recent Duma elections and I intend to follow it up tomorrow with a fresh assessment of the new political realities in Russia in the light of the drubbing of United Russia, Putin’s party, at the polls.

A Potemkin village, if you’ve never heard of the expression, is one of the enduring myths of Russian history. The reference is to fake settlements, hollow façades supposedly set up on the orders of Prince Grigory Potemkin, chief minister of Catherine the Great, to impress the Empress when she toured the Crimea in the late 1780s, territory recently conquered from the Ottoman Turks. It was simply a way of increasing his political prestige.

I say it’s a myth but in Russia myths have a habit of fleshing out into a reality, which really is nothing more than a myth! In the 1930s various western intellectuals, a group more easily fooled than most, toured the USSR, there to be shown rich settlements, model factories, happy rustics and beaming workers, the whole thing a shabby lie hiding an ugly truth.

Now Russian democracy itself is turning into a kind of Potemkin illusion, an empty shell around an authoritarian core. I suppose I should be generous and say that some honesty has entered the system, that the illusion has been partially lifted. Dmitry Medvedev has been exposed for what he always was – a Potemkin President. He’s been there, sitting in the Kremlin, keeping the seat warm for Vladimir Putin, the once and future king.

Like the mummy, Putin, the present prime minister, is set to return, in deal worked out with his manqué some years ago; set to return, incidentally, after a ‘free and fair’ election to be held in March of next year. Yes, that’s the way they do things in the brave new Russia – the result is known in advance!

There is a kind of massive joke here, all at the expense of the people of Russia. They now know with a certainty that their democratic institutions are a joke, that elections are no more real than they were in Soviet days, that Medvedev was no more than a placeman, not at all the liberal reformer that many had supposed, a placeman that fifty million people were fooled into voting for in 2008.

It’s really the nature of the Russian state that’s at fault here, a state that has never come to terms with its past, a Model-T state, where you can have whatever colour you like as long as it’s black; you can have any president you like as long as its Putin. This is the state, as I pointed out in a review of Donald Rayfield’s Stalin and his Henchmen, that is effectively run by the apparatchiks of the FSB, the Federal Security Service, the colourless Putin its most typical example. Just imagine the FBI announcing the result of the American presidential election a year in advance! Yes, that’s Russia.

Vasily Grossman, a writer of unique and biting genius, wrote that Russians have a ‘slave soul’, that they are wedded by history to a long tradition of servitude. We really have to ask how much has changed since the days of Stalin. Yes, the terror has gone, the coercion less obvious, but the moral corruption is still in place, they still have a polity “unrestricted by law and based on force”, the definition Stalin gave of the dictatorship of the proletariat in The Foundations of Leninism. They have political system where a prime minister is inside a president is inside a prime minister, like a nest of Russian dolls.

Serfs they are, serfs they will remain, giving Putin a 50% approval rating, seemingly unaware that they are being treated with contempt, that the Kremlin justifies its actions by describing its own people as ‘mindless.’ There they are, a people without a civil society, without a mature tradition of law, abused and taken for granted by their political masters, like cattle.

Meanwhile the Potemkin democracy gets hollower by the day, creating clowns and clones, as a report in the Economist said, to keep up a pretence of democratic choice. Why bother, what’s the point, who’s being fooled? But this is a country much given to illusions, even when they serve no purpose at all. Myth simply becomes reality and then myth again, in and endless and pointless pavane, a dance with a meaningless destiny.
Posted by Anastasia F-B at 15:34