The Midget and the Pig 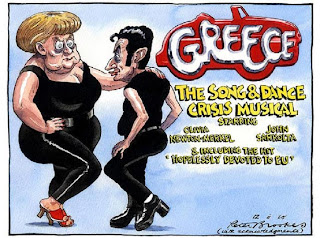 I laughed out loud on the flight to Cairo, causing some stares from across the aisle. I simply couldn’t help myself. I was reading Rod Liddle’s column in the Spectator, the one headed Go on Sarko, tell us another, a few gems from a supposedly off-the-record conversation between Nicholas Sarkozy, France’s comic opera president, and Barack Obama, giving a personal lowdown on a other world leaders.

Now, of all people, of all presidents living in glass houses, Sarko is the very last who should be throwing stones. This is a man, after all, so sensitive about his diminutive stature that he wears built-up shoes, who insisted that a studio audience on a television appearance was made up of people even smaller than he is, a man who stands on tiptoe when photographed beside Obama and his wife!

Obama’s opener was to ask Sarko which world leaders he really hated. He could hardly start with the American president himself; that would be too stupid even for the mighty midget. But his choice was in some ways just as startling: it was Angela Merkel, his partner in the present Paris-Berlin Axis, his fellow fiddler, playing as Europe burns.

“That German hag”, he let rip, “You know, I half believe those internet rumours that she was created from the frozen sperm of Adolf Hitler. And have you seen her at dinner? Watch later on. She eats like a dinosaur, cramming stuff into that fat German gullet like they’ve just abolished rationing. Keep an eye on the filet mignon, Barack.”

So, the next time you see the artificial smiles and the back-patting (how revoltingly predictable they all are) just remember these words, this curtain drawn aside. I expect they all hate one another, all of our benighted world leaders, not just Sarkozy and Merkel, that appalling double act, so stepped in hypocrisy and obvious mutual loathing.

Liddle, in his usual corrosive style, sums up the Midget with prefect accuracy, writing that there is something wonderfully music-hall about Sarkozy and his big French gob, gurning and spitting out globules of spite. It would be truly comic if the situation was not so serious, if this risible little clown was not the president of France, a man who reminds me of Henry’s Cat, who knew quite a lot about nothing and not too much about that. A little man with a tall wife; that, I predict, is how he will go down in French history.

Think of the laughable degeneracy here. Karl Marx, paraphrasing Hegel, said that everything in history occurs twice, the first time as tragedy and the second time as farce. His example were good – Napoleon I and Napoleon III. I have one problem, though, with the strength of this statement. Sarkozy is clearly the farce, but who in French history is his tragic predecessor, who is the first act? Come to think of it, French politics has been quite farcical for some time past. There is the tragic figure of Charles de Gaulle, of course, but it’s impossible to draw any comparison, however remote, between him and the present occupant of the Élysée Palace.

Oh, well, I shall have to dig deep, perhaps all the way back to the Third Republic to find a possible comparison for Sarko and even that may not be deep enough. Meanwhile I intend to keep a close eye on Chancellor Merkel’s table manners.
Posted by Anastasia F-B at 16:04