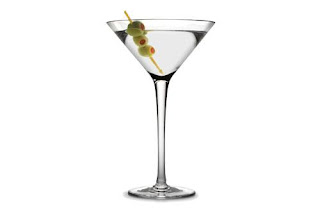 Hotel standards vary hugely across the world and five stars does not always mean five stars. I’ve stayed in some wonderful places, formerly with my parents and latterly with lovers, friends and other travelling companions. I’ve been fortunate enough to tick off some of life’s ‘must does’ including relaxing in the King David Hotel in Jerusalem, the old wing that was blown up by Irgun in July, 1946, and enjoying a gin sling in Raffles Hotel in Singapore, the place where this famous cocktail was born.

I love cocktails; I love the tradition of the cocktail hour. My favourite is a champagne cocktail closely followed by a Pimm’s number one cup, though there are others I like when I’m in the mood, particularly a simple, or not so simple, dry martini. That’s the classic, that’s the drink by which all hotels should be measured, by their ability to mix a martini, not by stars.

The hotels I stayed in when I was in Egypt were all five stars by local assessment. They were generally good and the staff were highly obliging, always mindful of the prospect of baksheesh to make good the gap in their dreadful salaries, but my, oh, my, their martini standards were poor or non-existent!

Now, this is Egypt, a Muslim country, a country with a Muslim majority. Alcohol, while available, does not play a big part in the national consciousness. In future it may play no part at all, if the Islamist advance continues and the stricter forms of sharia law adopted. As it was I flew there and back with Egypt Air, which does not serve alcohol. My, all those hours without a snifter; how frustrating!

So, yes, alcohol is not that important. But one still expects a certain standard in international hotels, particularly those with a cocktail menu. There it was on the menu in Luxor, clearly stated - a dry martini. So, on this particular evening, having had enough of the gin fizz, I decided to have one. There was just one problem: I had to explain to the barman how it was done. Surely to goodness I’m not the first person even to have asked for this drink!

Perhaps the particular barman was a greenhorn? No, for none of his colleagues was any more knowledgeable. Basically I ended up mixing the drink myself, to the amusement of the other guests. It was done and it was good (I mix a fabulous martini!) There is just one problem; I like an olive in my drink, another essential the bar was without. “Just one moment, madam, and I’ll fetch some.”

Fine; off he goes and then he comes back, with a little dish of olives, green and black. One was pierced with a cocktail stick and added to my drink. For me it’s a little bonus at the end, eating my alcohol-saturated olive. I did, popped it in my mouth. But there were no hints of gin and vermouth; no, just a strong taste of vinegar. It was pickled. Definitely a one martini establishment.
Posted by Anastasia F-B at 15:53