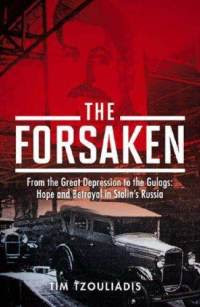 Many people will be familiar with the story of the Joad family from John Steinbeck’s novel The Grapes of Wrath, the great epic of the Great Depression in , or from the film of the same name directed by John Ford and starring Henry Fonda as Tom Joad.  Tom and his family are dirt poor ‘Okies’, who escape from Oklahoma’s ever expanding Dust Bowl, moving west to California in search of a better life.  Instead they are met with hostility and exploitation.
The Joads were lucky.  There were other Joads, other poor Americans who tried to flee the Depression, going off in search of a better life, taking their families with them.  But these people did not go west; they went east; they went all the way to Stalin’s .  There they met something worse than hostility and exploitation; there they met slavery and death.
This is no fiction; this is a real American tragedy, a tragedy in which the hapless and the helpless were betrayed not just by their hosts but by their own government.  These are the forgotten Americans and this is a forgotten story.  At least it was until the appearance of The Forsaken.  From the Great Depression to the Gulags: Hope and Betrayal in Stalin’s by Tim Tzouliadis.
I’ve read several accounts of the impact of Stalin and Stalinism but this is possibly the most poignant.  This is the story of people lured east in what the author describes as the least heralded migration in American history.  They were lured away from their homes by lies and stupidity; the lies of Soviet propaganda and the stupidity of intellectuals like George Bernard Shaw, who swallowed the propaganda whole, seduced by the biggest Potemkin façade ever devised.
They were deceived also by their own countrymen, by the likes of Walter Duranty, Moscow Bureau Chief of the New York Times, who wrote articles urging Americans to come to .  For a man on the spot, Duranty’s understanding of was abysmal and his ‘journalism’ biased enough to border on deception and fraud.  His reports earned him a Pulitzer Prize, which might give some insight into the true value of this benighted award.
To begin with things for the Joads were not too bad.  They found work in the new Ford factory on the banks of the among other places.  They brought their own pastimes with them, playing baseball in ’s .  It was the early 1930s, a period of relative calm in Soviet history.  People were generally welcoming.  Still, there were worrying signs.  The migrants were obliged to surrender their passports.  Most of them never saw them again.  Most of them were never to see again. 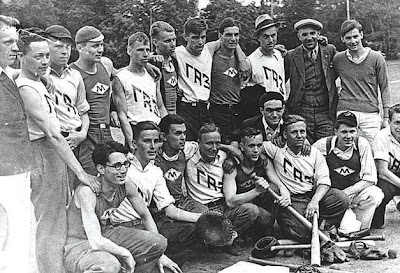 History fell on with the abruptness of an Arctic night.  The murder of Sergey Kirov, the party chief, in December 1934 was the beginning of an epic tragedy.  As moved by stages into the Great Terror, fear gripped the American community.  There was no more baseball.  All at once the American Embassy in was besieged to people wanting to go home.  They were met not with sympathy but indifference.  Those turned away were arrested in the street by the NKVD, the Soviet security police.  Whole families were rounded up and sent into the night and fog of the gulags.
Tzouliadis tells his story with insight and vigour, leavened by an undercurrent of incredulity and anger.  It’s difficult not to feel anger at the fate of so many people who were effectively abandoned.  They were merely flotsam and jetsam on the sea of life, as one American diplomat put it, adding that “they are born, live and die, and their existence has probably no individual effect on any governing or supervising authority.”
They certainly had no effect on the despicable Joseph Davis, a multi-millionaire appointed as ambassador to by President Roosevelt, on the basis of what qualification or talent is impossible to determine.  While he ignored the plight of the Americans in he fawned over Stalin, even taking the infamous show trails at face value, contrary to the opinion among the rest of the embassy staff.  While Americans were drawn in ever greater numbers into Soviet death camps, descended into lugubrious lyricism over Stalin’s “exceedingly kind and gentle brown eyes”.
The blindness and betrayal goes on.  There is Henry Wallace, vice-president during ’s third term in office, a Soviet stooge who but for fortune might have gone on to becomes President in his own right.  During the war he visited Magadan in the remote district, the very centre of the Soviet system of mass labour and mass death.  In his blindness he saw nothing.
Wallace was a fool.  Worse still is the case of the black singer Paul Robeson, who became aware just how bad the oppression was while continuing to laud Stalin.  Acutely aware of racial injustice in his own country, he was wilfully blind to murderous injustice in Soviet Russia.  His speeches and actions, as Tzouliadis says, had justified, and therefore contributed to, the crimes of Stalinism, and for that at least he was morally culpable.  After he is the one character in the story that filled me with particular loathing.
Thinking of the Joads, some lines from Boris Pasternak’s novel Doctor Zhivago comes to mind.  It’s about Lara, the great love of Zhivago’s life, whose fate sounds as an echo for all the martyred and brutalised children of the earth – “One day Lara went out and did not come back.  She must have been arrested in the street, as so often happened in those days, and she died or vanished somewhere, forgotten as a nameless number on a list that was later mislaid, in one of the innumerable mixed or women’s concentration camps in the north.”
There are some stories of survival in The Forsaken, none more remarkable than that Thomas Sgovio from , but most have left no trace at all, unlike Lara not even a name.  This important book does well to fill some of the silences of time
Posted by Anastasia F-B at 15:53