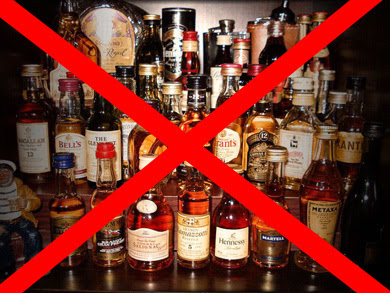 Since my previous post was on one taboo, the consumption of hard drugs in the West, I thought I might as well touch on another, the consumption of alcohol in the East.  My starting point here is a man of magnificent munificence!
Two years ago Turkish TV broadcast a series centring on the life of Suleiman the Magnificent, the iconic sixteenth century sultan.  It caused a bit of a stir because he was seen quaffing goblets of wine.
The horror!  The horror! A great social taboo had been broken.  All at once there was a storm in a wine glass.  Halit Ergenc, the actor playing the sultan, received death threats.  The deputy prime minister called for the series to be scrapped.  Islamists protested outside the TV studios. RTUK, the state media watchdog, warned the broadcasters, Show TV, that they are clashing with the “national and moral values of our society.”  In responding to the criticism the producers said that the Great Suleiman was only drinking sherbet, not wine.
Writing at the time I said that It does not really matter if it was true or not; it does not really matter that Suleiman’s son and successor was such a notorious drunkard that he has gone down in history as Selim the Sot.  Rather, to see a national hero, caliph as well as sultan, breaking a fundamental Muslim commandment against the consumption of alcohol was just a step too far.
I was reminded of this by an article in the Economist (Tipsy Taboo, 18 August) on the relationship of the Muslim world to the demon drink.  Although alcohol is now generally believed to be forbidden by the Quran and the Hadith, the sayings of the Prophet, this would in fact seem to be a fairly modern puritanical fatwa.  As the Economist article says, debauched nights in the courts of the caliphates were enshrined in the khamriyaat, or odes to wine, by Abu Nuwas, an eighth century poet.
The picture is highly variable.  When I was in I could enjoy indifferent cocktails in the hotel bars, though beyond their frontiers this dry land would seem to be mostly dry. In it’s completely legal, despite the conservative backlash, with many men downing raki, the local spirit.   Kemal Atatürk, the founder of the modern Turkish republic, as iconic a historical figure as Suleiman, enjoyed it in such quantities that he is thought to have died of cirrhosis of the liver.
It was the rise of political Islam, and the emergence of a stricter interpretation of religious law, that saw the swing towards prohibition in the modern age.  Bans were implemented in places like and , with severe penalties for Muslims caught imbibing, eighty lashes in the case of the latter.
Despite this, and despite moves towards restriction in places like and , alcohol consumption among the faithful has not disappeared; no, it’s just gone indoors!  Even in places like , where it is completely illegal, there is a flourishing black market in spirits.  Iranians make their own home brew and in Pakistan alcohol can be delivered straight to the door quicker than pizza, at least according to Dr Sadaqat Ali, who runs a chain of clinics set up to treat alcoholics.
This may be the stuff of ayatollah nightmares but what makes it worse is that the problem is on the rise.  The growth of alcohol sales in Muslim-dominated areas is over twice the global average, a figure not accounted for by tourism alone.  Attempts at prohibition have been no more successful than they were in the in the 1920s.  Earlier this summer health officials in issued warnings over the growing number of alcoholics and drunk drivers.  In Ali estimates that there are a million alcoholics, only a fraction of whom attend his clinics because of the taboos surrounding drinking.
Oh, well, maybe it’s all just a misunderstanding; maybe the Muslim world is floating on a sea of sherbet.  You can believe that if you wish.  The problem with bans, prohibitions, interdicts and fatwas is that they tend to have a reverse effect from that intended.
And time did not leave anything of this wine, only the last breath. As if its disappearance were a hidden secret in the breasts of wise men.
Posted by Anastasia F-B at 16:19