Abdelbaset al-Megrahi, the only man ever convicted of the Lockerbie bombing, one of the worst acts of mass murder in British history, died earlier this month at his home in .  He died a free man.  He died three years after Kenny MacAskill, the wholly ridiculous Scottish Justice Secretary, announced to the world that he was to be released on 'compassionate' grounds, having only three months to live.


It was a decision taken, I understand, on the 'best medical advice' available at the time.  This goes to prove one thing: the Libyan medical service is clearly ten times better than that of , a point made by Douglas Murray in the latest issue of magazine Prospect.  So, if you are unfortunate enough to take ill on your travels just hope that you end up in North Africa rather than !
Who could possibly forget MacAskill's mawkish and lachrymose words when he announced his intention to release Megrahi? Apparently he does not believe in God but that did nothing to stop him descending into a symphony of metaphysical hogwash;
Mr Al Megrahi now faces a sentence imposed by a higher power. It is one that no court, in any jurisdiction, in any land, could revoke or overrule. It is terminal, final and irrevocable. He is going to die.
Yes, said God, you are all going to die, but I’ll show you Mr MacAskill – the end is not yet!  It was three years of embarrassment for Alex Salmond's Scottish National Party administration until Megrahi finally did the decent thing and shuffled off this mortal coil.  There is a legacy here that has made the Scots’ legal system look more than usually ridiculous, though the SNP has suffered no adverse electoral consequences.
MacAskill and Salmond, after the decision was taken to release a man responsible for the deaths of no fewer than 270 people, the majority of them American, went on to lecture the world on humanity and compassion, seemingly the 'defining characteristic' of the Scottish people.  Personally I can only take cant in very small doses, though the Scots seem to swallow it in abundance, along with whisky.
There is something else.  The release was granted on condition that al-Megrahi drop a pending appeal, though why the two should have been married, knowing nothing of Scots law, I don’t quite understand.  Is it perhaps that there was a greater danger here, that the thinness of the evidence on which Megrahi was convicted would have held up the Scottish system of justice to even greater ridicule?
I think it will take years for all the issues here to come to light, indeed if they ever do. They may very well be submerged forever in a newly independent , secure in its self-righteous and hypocritical 'humanity.' When the news of Megrahi's death was released Salmond said that the first thing we should remember is the victims of Lockerbie. The victims here include the American families who lost their relatives, portrayed at the time when  was wallowing in its unique sense of ‘humanity’ as unreflective and vengeful.  Yes, vengeful, simply because they wanted justice; they spoke for the dead when nobody else would, certainly not those hypocritical humanists MacAskill and Salmond.
I know Americans are found of Scotland; I know many Americans, including some close personal friends of mine, are of Scots-Irish ancestry, but this should not blind people to the fact that Lockerbie victims were victims twice - first of Megrahi and the Libyan security service, and second of the government of Alex Salmond.  Now he remembers the dead whereas previously he has used them for petty nationalist ends.
Like Douglas Murray, I sincerely hope that Americans will not forget this.  If you want an insight into the conceited, self-regard of people like MacAskill and Salmond and their ‘unique values’ I would suggest that you could do no better than turn to the poetry of Robert Burns.  I'm thinking specifically of a few lines from Holy Willie's Prayer;
Lord, bless Your chosen in this place,
For here You have a chosen race!
But God confound their stubborn face
And blast their name,
Who bring Your elders to disgrace
And open shame! 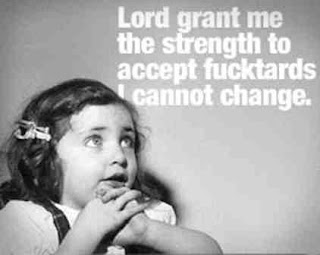