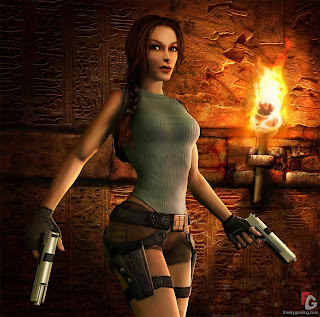 Stephen Fry, a huge twit, all round mouth and super luvvie, recently argued that Britain should “redress a great wrong” by returning the Elgin Marbles to Greece, as a gesture to mark the London Olympics.

These precious reliefs once adorned the Parthenon in . They were brought by the seventh earl of in the early part of the nineteenth century.  They can be seen in all of their pristine beauty in the ’s purpose-built Duveen Gallery.  Lord alone knows what they would be like if they had remained a further two hundred years in situ.

This is not a good time for antiquities in .  Driven made by EU imposed austerity, many people have taken to digging up the ancestors in a spot of tomb raiding.  Even , the birthplace of the ancient games, has been desecrated by pirates looking for buried treasure.  Running short of cash, the government is struggling to provide adequate security for some of the most precious locations in human civilization.

Last month, according to a recent report in the Times, grave robbers were seen digging pits in the ancient Mycenaean cemetery on two occasions before a farmer raised the alarm.  Without any official support, local people mounted their own guard for ten nights running in an attempt to scare the thieves away.   Nikolas Zirganos, a journalist who has helped to retrieve pillaged artefacts places the problem in a bigger context;

In any political, social, economic crisis you always see a rise ion looting and robberies, whether it’s a war or a collapse of society.  I don’t say we are at war, but we are in a very deep crisis and this affects the cultural heritage very much.

The tragic thing is that the problem has become so bad that the culture ministry has decided to rebury recently discovered sites of historic importance, including an early Christian basilica at Thessalonica.  Michalis Tiverios, professor of archaeology at the local university, said of this “Mother Earth is the best protector of our antiquities.  Let us leave our antiquities in the soil, to be found by archaeologists in 10,000AD when Greeks will perhaps show more respect for their history.”

The prof, in his sardonic whimsy, seems rather too optimistic.  In 10,000AD there will be no just an undifferentiated Euromass, a unity of wealthy northern Herrenvolk and abject southern Helots.  By then all antiquities will have disappeared into the central core, the new capital of this monster land, a capital that might very well go by the name of .

Meanwhile, back in 2011AD, the situation gets worse by the day as the recession and the austerity bite ever harder.  Fewer jobs mean more tomb raiders.  Shortage of cash means fewer security guards.  Even the Acropolis, from whence the Elgin Marbles came, is being closed at 3pm on weekends, instead of 7pm, for want of staff.

Please do not think that this is a problem restricted to open sites.  Even museums are under attack.  In February that at Ancient Olympia was looted.  After tying up the sole female guard, the thieves smashed display cases with hammers, making off with various artefacts including a three thousand year old gold ring with an estimated value of £3.3million.

This is not the time to consider returning the Elgin Marbles to .  That time, I rather think, will never come, no matter how much Stephen Fry bleats. 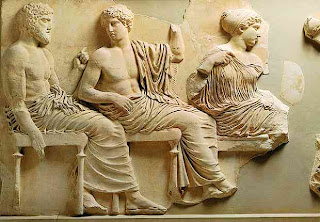