The Protocols of New Labour 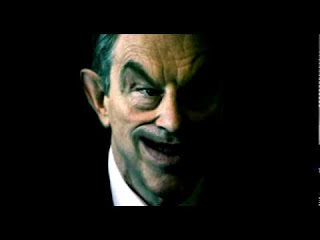 My recent observation that I thought the Labour Party a conspiracy against the people of this country caused a minor ripple on Twitter.  I’m inspired, inspired to make the indictment even heavier by reviving a piece I wrote a couple of years ago.
What follows is an imaginary document (it is, isn’t it?), an agenda for Britain by the Labour Party, based, of course, on The Protocols of the Elders of Zion, another infamous forgery about a supposed conspiracy. The difference is that the elements, the substantive elements, are all drawn from real history, past happenings and, from the date of the document, coming events. What about the conspiracy element? Well, I leave that for you to decide. :-)

Dismantling
, sometime in the winter of 1996.

Comrades, let me summarise the main points of our discussion and the elements of our agreed strategy. There has to be an election in the coming year, so we must be ready with the most effective programme possible. Also, comrades, none of this will go into our published manifesto. Let me remind you that you are all pledged to absolute secrecy.

1.1 Ever since it was founded at the beginning of this century our Labour Party has been pledged to the destruction of and the British way of life. We have approached this task in various ways. Before the Second World War our governments were too weak, too dependent on the good will of the then Liberal Party, to do any real damage. Something might possibly have come out from the partial victory of 1929 if it had not been for the treason of Ramsay Macdonald, joining in the National Government with the terrible Tories. For the nation is something we hate. The pacifism we supported certainly went a long way towards ensuring the country was not ready for war in 1939, but not nearly far enough.

1.2 We had a great victory in 1945 and made much of it under the guidance of Comrades Atlee and Bevan. The best way to ensure that the country would be ill-prepared for the future, for competition with the other capitalist states, was to start spending money it did not have on welfare programmes that it could not afford. How stupid our enemies were not to recognise how clever we were in building a Welfare State in a bankrupt country! How much more we could have achieved if Comrade Atlee had not lost his nerve and went for a general election in 1951. The Tories managed to reverse some of our damage, though we still made real gains on the road to ruin, massive public spending based on an economy that depended in a large part on dying and antiquated industries. Our comrades in the Trade Unions offered us valuable support here.

1.3 Our next period in office from 1964 to 1970 also saw positive achievements. Some comrades made useful and lasting contacts with the comrade communists in the as part of our secret foreign policy programme. Information was exchanged and deals done. Comrade Jack Jones of the Transport and General Workers performed some valuable services here, both as a paid-up agent of the KGB and as a sponsor of new MPs in trade union rotten boroughs. Comrades Blair and Brown were eventually to benefit from this union sponsorship. Comrade Wilson, our Prime Minister, pretended to be renewing the economy and reforming ‘outmoded’ trade union practices; but the economy just got weaker and the unions stronger.

1.4. More good work was done in our next period of government from 1974 to 1979, especially in the creation of ruinous levels of inflation, helped along by deals with the trade union dons. But things were still not moving fast enough; was proving more resilient than we expected. Then came the disaster of 1979; then came Margaret Thatcher, the devil incarnate, who set about ruing all of our best achievements. We came close, but not close enough. We have to try harder, accelerate our programme in such a way that no future Thatcher will be able to reverse our work.

We are now prepared for government, for victory in the election of 1997. These are the chief elements we must work on.

a. Devolution. and must be given a parliament, in the case of the former, and an assembly, in the case of the latter. It was a mistake, comrades, to oppose devolution in the past, for this is the best way of beginning the end of and the best way of isolating . Don’t worry, comrades; in the short term we will still have the support of the bloc Labour vote from Scotland and Wales at Westminster, though English Tories will have no input into the affairs of these nations. A brilliant tactic. In the long term it will not matter what happens in England or what the English think for, you see, there will be no more England, which leads on to the second main feature of our master plan.

b. . We shall accelerate the death of Parliament in by giving away more and more powers to the European Union. We shall pretend to be opposed to any major political changes in , changes of a constitutional nature, while advancing these as fast as we can. One element here is to pretend to allow the people to have a say in such matters and then, when our goals are within reach, change our minds. This approach might be used just prior to a future election. shall become increasingly irrelevant in peoples lives; shall become increasingly irrelevant. Indeed, our third major strategy will make it difficult for people in future even to define Englishness.

c. Mass Immigration. We will open the doors. We will allow everyone in, whether there is economic cause or not, diluting the native English stock in a new multi-cultural utopia. We shall denounce all words of caution as racist, thus silencing debate. When we are finished it will be impossible to reverse the trend. This may very well lead to new forms of extremism in our old heartlands, as voters feel more and more alienated, a danger, yes, but such a process will help us forward by leading to the further fragmentation of England.

d. The Economy. Comrade Brown, whom Comrade Blair intends to appoint as Chancellor of the Exchequer, has excellent plans for laying the foundations of economic ruin by deregulating the banking sector - killing capitalism by its own devices - and by building a credit-fuelled boom, which will take the nation deeper and deeper into unsupportable levels of debt, public debt and private debt.

It is our earnest hope comrades that we win not just the coming election but the election after that and the election after that. It is our hope that we win and win. After twelve years or so people will no longer recognise this country, recognise it for what it once was. But I repeat, comrades, secrecy must be maintained. Only by that will the Elders of Labour emerge triumphant. Triumphant indeed. 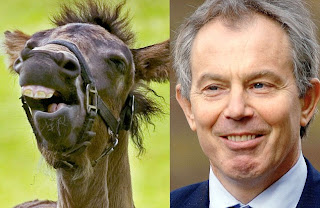