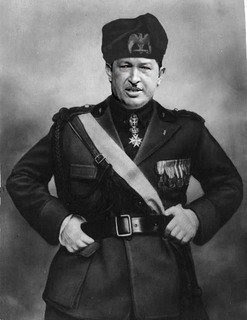 Hugo Chavez, the late president of Venezuela, may have been “poisoned by dark forces that wanted him out of the way”, at least according to Nicolas Maduro, his less than charismatic stand in.  I think the ‘dark force’ may very well have been Chavez himself, anxious to preserve something of his inflated reputation before his country implodes under his poisonous legacy.
What an illusion the so-called ‘Bolivarian Revolution’ was, based on little more than a sharp rise in world commodity prices that enabled Chavez to float on a lot of oil revenue, squandered away in one cack-handed scheme after another.  The corruption and mismanagement was extreme, even by South American standards.  I’m reminded here of one of the jokes that was popular in the old Eastern Bloc.  “What would happen if the communists took control of the desert?”  “Nothing for a while and then there would be a shortage of sand.”  Venezuela, a country rich in natural energy, has suffered periodic power cuts for years.
I’ve long understood that Chavez was a complete fraud.  My goodness, I asked myself, who could not see through the posturing of this manipulative and self-regarding demagogue?  Politically he was an interesting phenomenon.  Supposedly of the left, his inspiration was shallow and eclectic, a ragbag of ideological detritus.  I read recently that Carlos Fuentes, a left-wing Mexican writer, described him as a ‘tropical Mussolini’, which comes extraordinarily close to the truth.  The political technique is just the same, the bread and circuses approach to life.  Now the circus is over and the bread, as Venezuelans may soon discover, is likely to be in ever shorter supply.
The signs are already in place.  Inflation is out of control, a fact that is unlikely to be changed by Maduro’s recent devaluation of the bolivar, the national currency.  Venezuela, after years with Chavez at the helm, is a ship floating at the bottom of every league table of good governance and economic competitiveness, an inconvenient truth pointed out by a recent report in the Economist.  Inflation is bad, poverty is worse, crime is unmanageable.  This, I suppose, must be the true definition of the ‘Bolivarian Revolution.’  The Revolution in health care, for instance, seems to have involved rotting hospitals and declining investment.  The fact that Chavez had to seek medical treatment in Cuba is a perfect indictment of a lamentable state of affairs.
So, yes, he exited, stage-left, at just at the right time, no longer around to face the reckoning after fourteen years of corrupt, oil-fuelled autocracy.  His legacy, I suspect, will survive as a kind of grand illusion, a little like that of Juan Peron in Argentina, or a little like that of Mussolini. 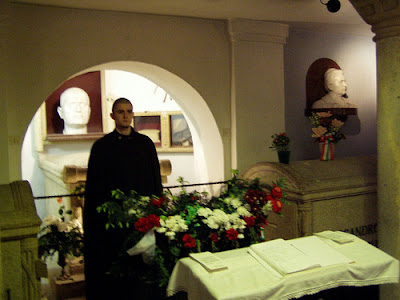