In Thrall to the Past 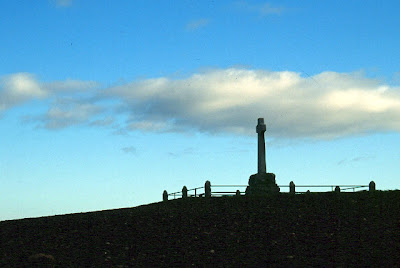 This September will mark the five hundredth anniversary of the Battle of Flodden, fought in the county of Northumberland close to the Anglo-Scottish border.  In terms of the numbers engaged it is a good candidate to be the largest ever fought on English soil, though most people broadly acquainted with the battle history of this country would probably select either Towton from the Wars of the Roses or Marston Moor from the Civil Wars in preference.  The fact is, so far as the English are concerned, Flodden is a forgotten epic, no matter that it was the most complete victory ever won over Scottish invaders.

It’s better remember in Scotland as a catastrophic defeat and tragic memory.  King James IV headed the company of the dead, joined there by men from virtually every family in the land, including many of the leading nobility.  Their sacrifice is recalled in a lament known as The Flowers of the Forest.  It is also recalled in Marmion, Sir Walter Scott’s epic poem
I know many Scots will resent me for saying this, but James, often perceived as their best and most enlightened king, was a vainglorious and shallow individual, with ambitions far too big for his small country.  It was his disastrous invasion of 1513 – mounted when Henry VIII was abroad campaigning in the Low Countries – that ended all pretence that Scotland was a major independent power.  No significant purpose was served by his military adventurism.  He was aiding France, Scotland’s old ally, though the French time and again had used this partnership of unequals to serve their own cynical ends.  As it was Scotland never recovered from the disaster.  Within a few decades the country was to find that its French ally was a far greater danger to its independence than its English enemy. 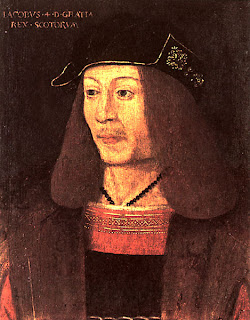 As Scotland heads blindly towards a new pretence of independence (Independence in Europe – what a joke!) it’s as  well to remember Flodden, along  with the political illusions and national vanities that preceded the disaster  At the present it is commemorated by a simple stone cross, erected in 1910, I believe, dedicated to the brave of both nations.  Now there are proposals for a new ‘ecomuseum’, England’s first, a project linking several pertinent sites across a wide area, places and features in the landscape related to the battle on both sides of the Border.  Each site will have its own visitor information and resources.
I understand also that September pilgrimages are being planned from Durham and from Edinburgh to the battlefield.  I’ve been there myself.  The landscape itself, although a lot of it is now farmland, is largely as it was in the early sixteenth century.  Although the encounter is known as the Battle of Flodden, it was actually fought at Branxton, to the north of the hill known as Flodden Edge.  Tree covered Flodden Edge, the site of the first Scottish camp, is a mournful place.  It least it was that day I walked up, passing the Well of Sybil Grey, marking the place where Marmion, Scott’s knight, died of his wounds.  The sound of the wind lightly passing through the trees was as hauntingly sad as any lament. 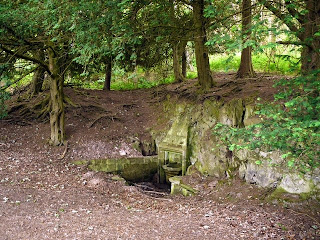 Speaking of which, The Flowers of the Forest is an ancient Scottish folk tune with battle lyrics added in the eighteenth century by Jean Elliot, another Scottish poet.  The English, we are told, “...for ance, by guile wan the day.”  No, they did not!  They ‘wan’ with inferior numbers by superior leadership, superior gunners and superior weaponry.  The Scots, atrociously led, charged in to the affray in an age old manner, lacking all discipline and co-ordination.  Bravery did not compensate for folly. It very rarely does.
I am fond of Scotland, a country I have visited more than any other.  But if this is a country where the past is paid proper reverence it is also a country in thrall to past illusions.  Perhaps in the end the myth of Bannockburn, Scotland’s one and only great victory over England, will serve to be the most significant illusion of all.  Next year will see the seven hundredth anniversary of this seminal encounter, a high tide which the present Nationalist administration in Edinburgh hopes will float their referendum on independence all the way into a triumphant harbour.  Alex Salmond, Scotland’s first minister, is preparing, in the style of King Robert Bruce, the victor of Bannockburn, to mount his own pale horse.  He is hoping for one battle; he might very well find another. 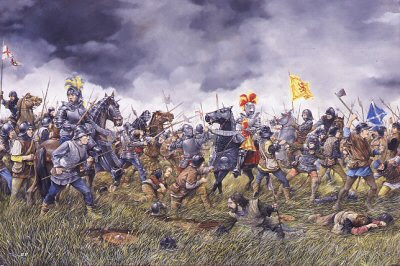