Freedom is the Freedom to Enjoy Pornography 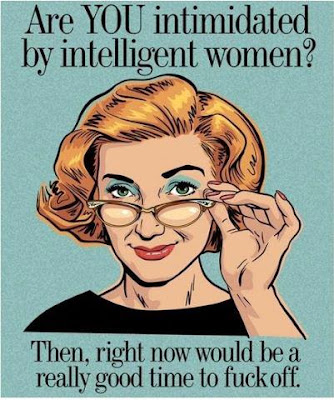 Do you think the world has gone mad?  I don’t.  I know it’s gone mad.  More and more the human race resembles a heard of lemmings, rushing towards that final precipice.  I am the little girl looking at life’s absurdities, shouting, as the parade passes by, that the emperor is naked.  Nonsense, the mass response comes: he is just beautifully dressed!
Speaking of nakedness, I have porn on my mind at the moment, specifically the dire Fifty Shades of Grey by the talentless E. L. James.  Who buys this appalling rubbish, I wonder?  What purpose does it serve?  Is its bewildering success a measure of just how empty the emotional and sexual life of middle aged women has become?  Is it an indictment of middle-aged men?  Alas, I fear it must be.  More than that, I fear its commercial success shows just how stupidly gullible a great many people are, how stupidly gullible most women are, particularly women of a certain age.  These are the people who look before and after and pine for what is not.  Actually they pine for what has never been, for what they have never had, true erotic fulfilment.  All they can do is feast on it vicariously, dining on fifty shades of boredom.
E. L James is really Julia come to life.  Surely you remember Julia?  A pledged member of the Anti-Sex League, she is Winston Smith’s lover in George Orwell’s Nineteen Eighty-Four.  When she’s not having extra Anti-Sex League sex she works in Pornosec, Muck House, as it’s colloquially known, a sub-section of the Ministry of Truth, which produces erotica for the masses.  Specifically she works on the novel writing machines, turning out boring, ghastly rubbish, as she puts it.
Still, it’s important to recognise that rubbish, particularly pornography, serves a purpose.  It’s often a way of mopping up all sorts of residuals energies and frustrated libidos.  How prescient Orwell was to make an outwardly orthodox member of the Anti-Sex League a functionary in the manufacturing of muck!  For porn, it might be said, is really just a form of anti-sex, judging real sex to be contact between real people, people who are emotionally and physically engaged with one another.  Who knows?  Without porn to compensate for vacuous sterility hordes of frustrated and under-fulfilled proles might cause social chaos.  “The people have such empty lives”, the queen is told.  “Let them read Fifty Shades of Grey”, she responds.
The underemployed members of the European Parliament really should be told that they close down Muck House at their own peril.  This week, you see, they will be voting to ‘ban all forms of pornography.’  This will include yet more censorship of the internet in an attempt to “eliminate gender stereotypes” that demean women.
Our MEPs, the dear old things, are also proposing the establishment of an Anti-Sex League.  No; what they actually want is for governments to set up state sex censors with “a mandate to impose effective sanctions on companies and individuals promoting the sexualisation of girls.”  Would that include girls, I wonder, promoting their own sexualisation?
The charge is being led by Kartika Liotard, a left-wing Dutch feminist MEP, bedecked with the characteristic red sash of the Anti-Sex League, who wants "statutory measures to prevent any form of pornography in the media and in advertising and for a ban on advertising for pornographic products and sex tourism.”  So, Amsterdam’s red light specials can - excuse the profanity - get fucked!
There are of course unenlightened people (aren’t there always?) who see this as just another erosion of free speech.  The accusation has been given added weight by the fact that the parliament has blocked the orgasmic rush of protest emails that followed when news of the measure emerged.  Criticism in any form, the vox populi itself, is being treated like so much rubbish, dumped straight into the Memory Hole by the spam filters.
Yes, indeed, we move ever forward into a modern version of Orwell’s super state.  It is not governed by malign forces, though, just those who act for our own good; those who know what is best for us in their magnificent condescension.  The anti-porn drive comes soon after a report urging tighter press regulations, including the right of Brussels officials to control and supervise national media, with powers to enforce fines or sack journalists.  Censorship is clearly the wave of the future in our brave new – sexless - Europe that has such people in it.
I have little or no interest in porn.  I agree with Julia - though not E. L. James - that commercial erotica is boring and predictable.  I do not want to read about sex, still less watch other people having sex.  I’m far too hands-on for that.  No empty and unfulfilling fantasies for me, thanks ever so much; I leave that for the mummies and all others who are past it, assuming that they ever drew alongside it in the first place.  No, I could not care less about porn, but I do care more about freedom. I will speak as often and as loudly as I can against Big Brother, or Sister, in Brussels, whose creeping tyranny does not creep any more.  Freedom is the freedom to enjoy pornography, even if it is something as banal and lifeless as Fifty Shades of Grey.