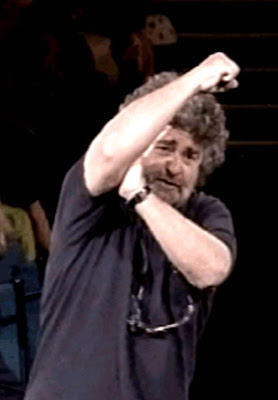 I’m going to ask you to imagine that we have just had a general election.  I’m going to do more than that: I want you to imagine that the Monster Raving Looney Party has emerged as the strongest force in Parliament.  Impossible, you say; such a thing is beyond imagination.  Oh, no, it is not; at least it’s not in Italy.  Following the recent election Beppe Grillo’s Five Star Movement attracted a quarter of the vote.  It now has 108 seats in the Chamber of Deputies, the lower house, and 54 in the Senate.
Who’s Beppe Grillo, you ask?  He’s a comedian, that’s who he is, part of a long tradition of Italian funny men.  Where people once chanted ‘Du-ce!’ ‘Du-ce!’ then now chant ‘Bep-pe! Bep-pe!’ His story is remarkable, even more remarkable in some ways than that of Mussolini.  Turning from jokes to political activism, Il Beppe founded the MoVimento 5 Stelle (M5S) – the Five Star movement – in Milan in October, 2009, the very same city, incidentally, where life was first breathed into Fascism in 1919.  The capital V in the party title – well, not so much a party as a movement – stands for Vaffa!, the leader’s own signature, which roughly translates as Fuck off!
And how Grillo wants so much in Italian life, particularly to Italian politics, to, well, Vaffa!  Ever since 2005, when he started his blog, now the most popular in Italy, he has gathered a large following among the disaffected, chiefly from the young.  Many of his new MPs and Senators only just scrape past the minimum 25 age limit for entering Parliament.  These are the people for whom, in their disgust, Vaffa! has become the watchword; these are the people who have been the devotees of Beppe’s Vaffa! Day, or V Day, set up in 2007.
All politicians are crooks, says Beppe, apart from his own, of course, a line that echoes all the way back to 1919.  He’s now had his very own, and rather remarkable, March on Rome.  The Economist, that maiden aunt of political journalism, is tut tutting its disapproval in the latest issue.  Send in the clowns, the old dear trumpets across her front cover, with an additional How Italy’s disastrous election threatens the future of the euro.  Inside the humourless dowager drones on about those naughty Italian children, determined as they are to avoid reality.  It’s not just the future of the euro that is threatened, she witters on, but the future of Italy itself.
Dear, oh dear, there is Beppe and Silvio Berlusconi, the other clown who made a reasonably good showing, moving ever forward while “...Mario Monti, the reform-minded technocrat who has led Italy for the past 15 months and restored much of its battered credibility, got a measly 10%”  Really, there is only one word for that and the word is...Vaffa!
Democracy would be all right if it wasn’t for the voters.  That’s the reality of the European Union, a reality clearly endorsed by the Economist.  The people did not want Monti; Monti was imposed upon them.  Now the people, rather inconveniently, have spoken, exposing the fraudulent politics of Europe with a bold finger gesture.  Me ne freggo! – I don’t give a damn - , now there is another decent slogan worth reviving.
The inconclusive result of the election is conclusive on one point at least: Italians do not want to be ruled by the technocrats, either of the Brussels or the local variety.  Monti was imposed on them in 2011 without elections by the Eurocrats.  Charles Moore puts the point very well in his Spectator Notes.  Just imagine (sorry, I hope I’m not overtaxing you here!) if David Cameron was kicked out of office by the European Central Bank, which decreed that Lord Turner of Ecchinswell, the chairman of the Financial Services Authority, was elevated in his place.  Yes, I too would support any British Beppe who came along, Ken Dodd or whoever, rather than the cat’s paw of the European banking-bureaucracy complex.
People can only be pushed so far before they start to get angry.  Our own anger was shown in a small way during the recent Eastleigh by-election, which saw the United Kingdom Independence Party pushing the Conservatives into a humiliating third place.  ‘It’s only a protest vote’, the Tory apparatchiks wailed, ‘The masses will return in 2015.’ Oh, really, will they?  Only, I think, if they are in a gay mood, as Cameron hopes.  But the anger over Europe, over the highhandedness of the dreadful European tyranny, grows by the day.  The Long March of UKIP is by no means over.
And then there is the onward march of Beppe.  His politics are not my politics; he is far too left-wing and statist for that, far too, ahem, fascist!  Still, he is a symptom of a growing disgust across the whole of Europe with Europe, with those who make a mockery of democracy because it does not suit their technocratic ends.  “We are all young”, the sixty-four-year old Beppe says on his blog. “We’re a movement of many people who are uniting from the bottom up.  We don’t have structures, hierarchies, bosses, secretaries...No one gives us orders.”  Yes, I am young. I turn to Brussels and I really only have one word – Vaffa! 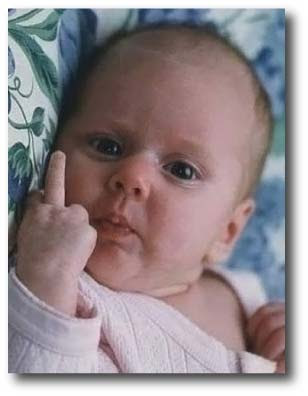