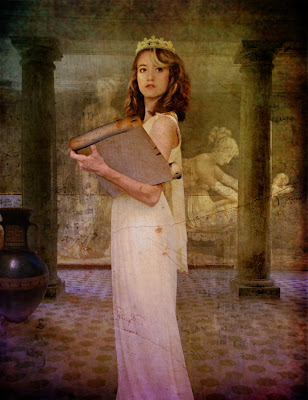 Everything in history occurs twice, so said Hegel and Marx.  Actually history very rarely repeats itself, at least not in the way we expect.  One would be wise not to read the lessons of history because the lessons are invariably wrong.
After the Second World War the politicians and bureaucrats, washed up on the shores of a European desert, thought that the best thing to do was escape from the past; to escape, as they perceived it, from the nationalism that had brought the Continent so low.
Out of the ashes arose a new phoenix - the European Community, carrying on the wing the ideal of a more perfect union.  It was nothing of the kind; it was an arrogant fantasy from the outset, one that sought to turn a geographical expression into a political reality.  Nationalism, like a wicked genie, was forced into a bottle.  Latterly democracy, an embarrassment for the Euro elite, was likewise being forced into a bottle, but both have burst forth in springtime of anger.
My attention was drawn to an article by Ed West in the Telegraph recently, with a particularly apt headline – ’s post-Nazi stress disorder has brought it to ruin.  It’s a timely reminder of the realities of history and the blindness of the architects of the grand illusion.  The military historian Anthony Beevor is quoted, airing the obvious;
The great European dream was to diminish militant nationalism. We would all be happy Europeans together. But we are going to see the old monster of militant nationalism being awoken when people realise how little control their politicians have. We are already seeing political disintegration in .
In that same article a panicky open letter published in the Guardian is also quoted, written in the dawn of Golden Dawn, the fascist heavy metal brigade which is on the threshold of entering the Greek parliament.  It was headed We are all Greek Jews now, presumably meaning the readers of the Guardian and not the Golden Boys:
We invite all citizens, political parties, unions, civil society, intellectuals and artists to fight the extreme right by promoting and bringing to life the European dream. We must always remember that this dream was built on the ruins of Nazism. We must never forget about the Shoah. Our dream is of a continent free from racism and anti-Semitism. It is the project of a society based on "togetherness" – beyond boundaries.
Second, we must refute the dogma of "the European fortress", which favours the spread of anti-immigrant speeches and the lockdown of 's frontiers, especially when a core element of European post-war identity – its social welfare system – requires the economic input of immigration to remain sustainable.
Actually it’s this sort of meretricious rubbish that is responsible for the present malaise.  The authors simply cannot see that it was the attempt to promote and bring to life ‘the European dream’ which has turned out to be a European nightmare.  Yes, a nightmare, of nations and peoples with wholly different traditions and widely different economies being moulded into One.  The people of the Continent were kidnapped by Procrustes, who proceeded to cut or stretch them into shape.  Rather appropriate, don’t you agree, that a figure from Greek mythology, should serve as the supreme European architect?
One Golden Dawn does not make a Nazi summer.  It’s the ignorance that strikes me, the utter incomprehension.  It would seem that the only way of guarding against the past is the ‘European ideal’, the only way of guarding Europeans against themselves.  But, as West rightly says, the ‘European ideal’ is not failing because of a collection of laughable Greek heavies; it’s failing because as a vision it’s totally unworkable.  It could only work in the absence of democracy, by new forms of centralised tyranny that the ‘European idea’ was set up to guard against.  Ah, there’s the rub, there’s the paradox.
A Europe where centuries of difference and inherited tradition were conjured into nothingness, a where uncontrolled immigration has threatened the livelihood and identity of its indigenous peoples, was heading sooner or later for a great fall, and all the king’s horses and all the king’s men won’t put it back together again.
Did you note that point by the Guardianistas about social welfare systems?  No, I don’t understand what they are on about either, unless they mean that it is a sign of economic vibrancy for a country to attract hordes of foreign welfare claimants.  The irony is that their dream of a Continent of unrestricted movement, without boundaries, a Continent of ‘togetherness’ is the very thing that has increased anti-Semitism and racism of all kinds.  When people are ignored, when their concerns are ignored, marginal views begin to move in from the cold.
West mentions his grandfather, who fought in the Second World War.  Both of mine did, one in the Far East and the other in the .  They had a clear idea of what they were fighting for; they had a clear idea of what was right and what was wrong.  West writes of his grandfather “I suspect that, were he to see and today, he would conclude that it was in the grips of collective insanity.”
I don’t suspect; I simply know all of my grandparents would be horrified by the direction that our history has taken; horrified by the insanity that grips contemporary , as bad as past insanity, only different.  That’s the lesson of history. 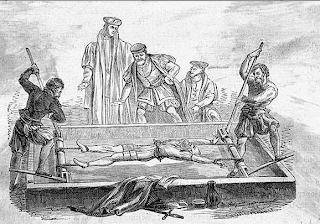