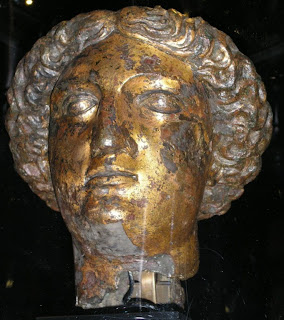 The brilliance and all-encompassing nature of Roman paganism is fully demonstrated by the tendency to adapt local cults and fit them within a wider pantheon. A perfect example of this can be found in the treatment of Sulis or Sul, the Celtic goddess of healing, long associated with the hot springs in what is now the city of Bath in south-west England.

After the occupation of Britain Sulis was conflated with Minerva, the Roman goddess of wisdom. It was at the heart of the cult of Sulis-Minerva that the new city of Aquae Sulis arose, a destination for pilgrims from across the Empire. It is reasonable to assume that while the cult of Sulis had been in part latinised, the Celtic element was always uppermost, in that her name always came before that of Minerva.

Sulis, like most ancient deities, had more than one dimension their power. She was a gentle goddess, whose curative waters could be used to cure a whole range of conditions. But her name could also be invoked to bring vengeance upon the enemies of those who sought her protection.