England, St Helena and the Magi

England is full of legends about the Magi, the three kings of the Bible. In the most popular Melchior, King of Arabia, the one who presented the gold, is considered to be elderly and grey-haired; Balthasar, King of Ethiopia, who gave the frankincense, is middle-aged, and Caspar, King of Tarsus, giver of the myrrh, is just a boy. The are particularly significant because all are linked to Saint Helena, mother of Constantine the Great, whom the English held to be the only daughter of Old King Cole, the supposed ruler of Britain who held his court at Colchester. By tradition she was held to have been born in this town, married the Roman general Constantius there, later giving birth to Constantine within the city walls.

Apart from her discovery of the True Cross and the Holy Nails it was once believed that she also journeyed to India, where she discovered the bodies of the Magi, taken from there to Constantinople. In 1413 the borough of Colchester adopted a new coat of arms, depicting the True Cross the Three Nails and the three crowns of the Magi. The local girl did good! 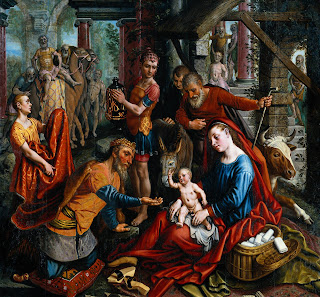 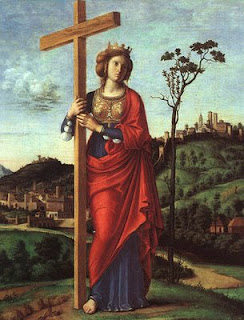