The Reshuffle that Never Was 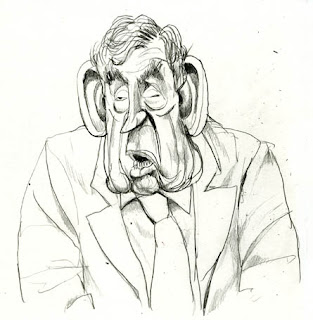 While I was going up the stairs,
I met a man who wasn't there.
He wasn't there again today.
I wish, I wish he'd go away

Or you can have this version;

In Downing Street upon the stair
I met a man who wasn't Blair.
He wasn't Blair again today.
Oh how I wish he'd go away.

Isn’t it wonderful, Gordon Brown’s last gasp attempt to save his wretched government, the reshuffle that never was! Yes, I know there are new faces, I know that Alan Johnston is now Home Secretary and there have been some other moves. So what? Yes, I have to write that; so what? We know Brown wanted to refresh the front ranks in a more fundamental way; we know he wanted to shift Alistair Darling, a Chancellor who, well, gets confused about money! We know he wanted to do this despite the lie our benighted Prime Minister told in his press conference yesterday, a conference that made him look more than usually stupid and less and less in command. Dear old eyebrows Alistair remains because if Brown attempted to move him he was likely to have walked off in a huff; and having already lost so many heads pre-shuffle this was something he simply could not risk.

Gordon Brown is a man who no longer controls the cabinet or events, not in any fundamental way. He’s even growing more reliant on creepy Peter Mandelson, his old political enemy. He’s even calling on-Lord help us-Alan ‘Amstrad’ Sugar as his ‘Enterprise Tsar’ Amstrad! Like Brown it’s just so yesterday. Hey, Tsar Amstrad, let me whisper in your ear ‘iPod, iPod.’

It really gets funnier by the day, as government in this country descends from high drama to low farce. Yes, indeed, it remains true, those whom the gods wish to destroy they first make mad. 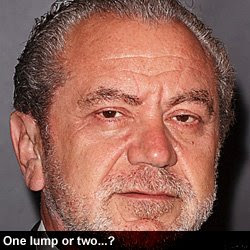